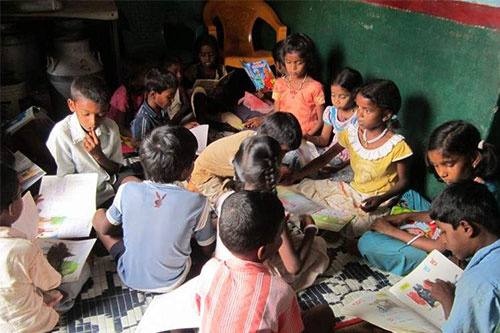 The phrase ‘Every Right for Every Child’ sounds simple enough but understandably a lot goes in its enforcement. “We must begin at the beginning”, says Vasudeva Sharma, Executive Director and Trustee of Child Rights Trust.

CRT aims to train and increase the number of volunteers for Child Rights at a grassroot level.

What was the biggest challenge they faced?

“The biggest hindrance to the cause was that most people do not recognize the importance of training NGO workers. Their reactions were confused. ‘Don’t people already know all there is to know about Child Rights? Education is good. Labour is abuse,” says Vasudeva.

But CRT is about more than that. They will equip NGO field workers and volunteers in the following:

Vasudeva elaborates on the last point by citing a personal example. “My family’s help was unwell for a few days and so she sent her 13 year old daughter in her place. This kept happening every time she couldn’t make it to work, until I realized that this too was child labour. The girl was missing her school and was working 6-8 hours in her mother’s absence and I knew it had to stop!”

The point being, there still exists a gross violation of child rights, permeated within all sectors of society. The educated are no exception to contributing to this violation. 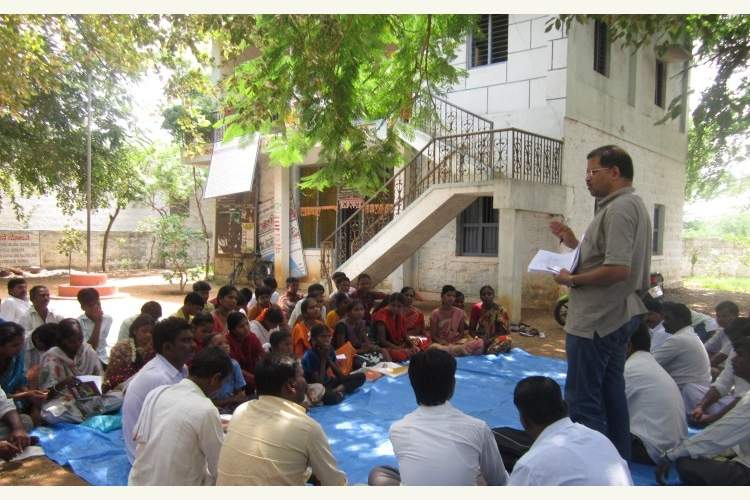 I was unsure about an online fundraiser but 2 of my friends working in different organizations suggested Impact Guru as they had personally seen results and could verify its effectiveness.

How does CRT plan on utilizing the funds?

We have provided the first Basic Course in Dharawada, Karnataka on the 18th and 19th of July, which 52 people attended. The course covered everything from Introduction to Child Rights, Basic Law to the ethics of dealing with the abuser and the abused. We will be covering 40 districts in and about Karnataka conducted in regional language Kannada to further extend our impact as our idea is to reach the grassroots level or front field activists. An advanced course will be followed up with soon after.

So how did you promote your campaign?

This was the first time our NGO was asking for money. We were all very shy and hesitant. One of our trustees, Dr. Padmini, encouraged us to go about it. Thus began the calls and personal requests asking our relatives, friends and colleagues for money to make our cause a reality. I reconnected with so many of my school and degree friends, spoke to people who I hadn’t in a while.

One of my colleagues was travelling in a rickshaw and a conversation struck up between the two of them where she ended up telling him that she was going to a particular place to ask for money. He asked “why” and she told him. The driver ended up donating to the cause.

Which social media platform helped them the most Although the personal calls helped raise the majority of the funds, it was actually Facebook and WhatsApp that helped widen our circle to a more diverse audience.

We kept people updated with all the steps in our journey and how much donation we had gotten so far.

“I believe that we were successful because we were asking for the first time. Most of my friends donated even before hearing about it. They just wanted to help.”

One last tip to the other campaigners?

“Personalize it. Just be honest. That’s how it works.”

To help someone in need or raise money for your own treatment, click here. 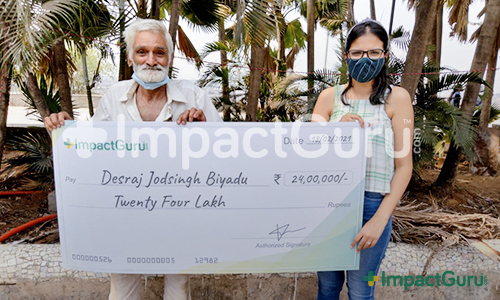 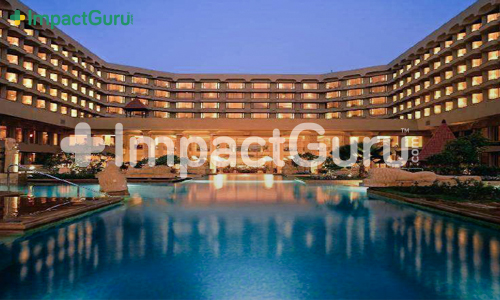