We unfold the lives of our onground Impact Guru staff and talk about their experiences with patients and hospitals. Read on!

As told by: P.B. Preethi, Khazim Syed and Anish Chaudhari

1: Can you talk about some of the most memorable cases you have handled so far? I have dealt with families that were hesitant about crowdfunding but went ahead with their campaigns and were ecstatic once they raised more than Rs. 1 lakh. That was so satisfying to witness.

In another instance,  there was a patient who referred our crowdfunding platform to other patients and tried to convince them to raise funds with us. There are a lot of patients who are in touch with us even after their campaigns have ended, and that in itself is an achievement for us.

There are two cases that  really touched my heart.

The first one was of an IAS student who had met with an accident and needed immediate surgery.They started crowdfunding on Impactguru.com and were ecstatic when they raised Rs. 26 Lakh within the first week itself.

The second case was of a Zomato delivery guy who was raising funds for his premature baby. The target amount was Rs. 12 lakhs and he had lost all hope of reaching it until he tried crowdfunding with us. The relief I saw on his face, knowing that he was able to he save his child, was precious! There are many cases that I deal with everyday but one of them is still very dear to me. There was a cute little boy, ‘baby Anas’, who was in immediate need of funds for his surgery and just within half a month, his family reached their goal amount of Rs. 18 lakhs. People from all over the world contributed to hep Anas. It was a wonderful experience.

2: Does being in the hospital or around patients constantly, affect you emotionally?

I used to get affected at first. But then I realized that we are in the profession of helping people and that is a comforting thought. Interacting with patients can take an emotional toll on us but the goal is to help out as many people as we can through the power of crowdfunding.

It definitely affects me a lot; it’s hard looking at people who have nothing left with them as they crowdfund to pay their hospital bills. It pricks my heart when I see them struggling to arrange funds with the clock continuously ticking. But on the other hand, I feel glad that I am a part of a platform that lightens people’s burdens and pain.

We all deal with patients but certain cases affect us, especially those where we have to meet patients on a daily basis and raise funds for them. It’s natural for us to get attached to them. There are also some cases where we raise the funds successfully but the patients pass away. We do get affected by this but we pacify ourselves by thinking that we did our best to at least give them a fair chance to fight.

3: What are the challenges you face with patients or hospitals?

The biggest challenge I face is convincing and consoling the patient and their families. A lot of times, the patient feels embarrassed to run a campaign and ask for money. Explaining to them that it is a social cause and nothing to be embarrassed about, is a real challenge.

4: Do you think people are grasping the concept  of crowdfunding and how beneficial it can be or do we still have a long way to go?

Yes, definitely. People are warming up to the practice of crowdfunding and understanding the importance of it. I am confident that it will become mainstream very soon.

I feel that crowdfunding is definitely at its growing stage.I have been meeting a lot of people from different castes and classes but there is significant amount of awareness. Social media is also helping in spreading the word and it’s creating a positive social impact.

There is a lot of awareness about crowdfunding but I feel that it’s more restricted to the urban areas. People in rural areas are still a little skeptical about trying out crowdfunding, and its tough to make them understand why a stranger would want to help them monetarily. However, I am hopeful that more people will begin to embrace it.

As told to: Aakanksha Parulekar

Crowdfunding is raising capital from a large collective of individuals with each person contributing a fraction of the total sum. Before the advent of the internet. such crowdfunding was limited to the number of friends you had, the number of billboards or advertisements you could post, or how far your covered wagon could travel. However, the internet has greatly expanded the reach of any one individual and reaching a large pool of people that much easier. You can learn more about crowdfunding here.

Crowdfunding is the most beneficial technique with which one can raise funds and get timely treatments. It is for the people, by the people! You can start a medical fundraiser here.

Crowdfunding In India Simplified And Explained 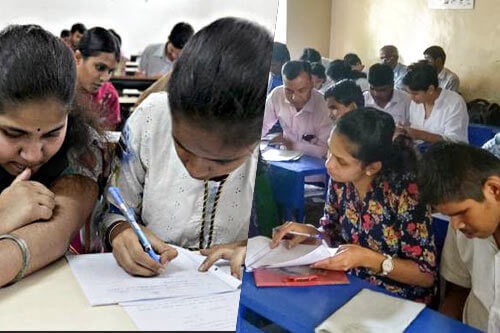