"Nirbhaya" - Progress is a work in process

“Nirbhaya” is the pseudonym used for the rape victim of the 16 December 2012 Delhi gang rape incident.

Six years after the gruesome Nirbhaya incident happened, countless instances of sexual assault still continue to prick our collective conscience momentarily. Usually, it is just until we keep the newspapers down after breakfast to continue our day. 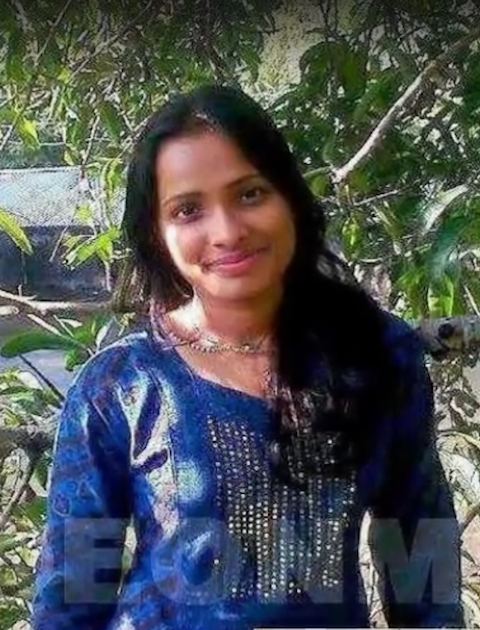 Not to say that the aftermath of Nirbhaya’s case didn’t create meaningful impact; it did give rise to quite a few positive shifts. The amount of people coming out to report sexual assaults have increased significantly from 2012, let’s not forget that the amount of crimes committed against women have also increased to keep up with the same.

This is not to say that nothing has come out of the rude awakening that India faced in 2012. A slow but a positive shift has come around- more women standing up for themselves, men taking ownership to overcome a system that has benefited them since the dawn of humanity, legal discussions etc.

But we still continue to remain disconnected with reality- almost with a dangerous passion to do so, for legal reform without the lack of execution and impactful on-ground sensitization virtually amount to nothing.

After the brutal incident in 2012, legal reform is thought to have made the lives of women easier- that it might have. Especially after the principle of affirmative consent was recognized- i.e. actually acknowledging the fact that the default state of women does not have anything to do with being always open for sex.

Revolutionary, isn’t it? After 70 years of independence, I was actually led to believe that autonomy over my own body was merely a fictional concept, apparently not, wondrous! Ah the progress! Before we start gloating about how things have changed over time, about how progressive we are and about how women these days are lucky to be a part of this revolutionary time- let’s take a trip down memory lane.

Did you expect for the incident to have happened way back when we were still regressive as a country? Ah HA, Gotcha. This literally happened a year back and flash news- regressive attitude is deeply entrenched almost as deeply as the notion- “haldi cures everything”.

In 2017, the Punjab and Haryana Court granted bail to three men convicted in the Jindal Law School gangrape case. The women had alleged that that Sikri (one of the men involved in the case) had forced her to have sex with both him and his two friends- Vikas Garg and Karan Chhabra. The court however made its own inferences by shaming the victim and focusing on her character (or the lack thereof- as they had commented) and her smoking habits.

Due to the nature of “evidence” found in her room, the judges cited the victim’s “experimentation in sexual encounters”, “promiscuous attitude and voyeuristic mind” as a part of its legal reasoning for granting bail.

By doing so, they reversed every stride of progress made in our country in the last 6 years by reinforcing every bit of toxic patriarchal thinking. They had implied that rape is not rape when the women is found to be promiscuous. They subscribed to the regressive notion that promiscuous women cannot be raped for promiscuity invites rape.

Indirectly, they also endorsed the fact that promiscuity is as good as consent. Interestingly, their judgement clearly violates the Indian Evidence Act that prohibits referencing the victim’s sexual history or character in adjudication of cases of sexual assault.

Should a woman’s inclination to engage in consensual and experimental sexual activities strip her of her autonomy? Should all rapes bear the marks of violence and physical wounds for them to be considered legitimate?

Just when you think India has taken two steps forward, you’re in for a surprise when verdicts like these force our nation to take 100 steps back- time travelling into a different century. Still think time travel is fictional?

I beg to differ!  The case moved on to HC, the court has ordered Sikri and Karan to stay in jail as per their original sentence (20 years) while Vikas is out on a bail temporarily. The final verdict is yet to be announced.

Mahmood Farooqui is the co-producer of a famous Hindi Film called “Peepli Live”. A scholar who had come to India had accused Mahmood Farooqui of rape. The victim and Farooqui knew each other. After a party in Mahood’s house, she claimed that he had forced oral sex on her.

After having seen the horrendous rape crimes in India, the victim was forced to play along for she feared that she would get killed if she didn’t play along. After the incident, she had boarded a cab and texted her friend about the incident-after which, she left an email to Mahmood.

"You know that I consider you a good friend and I respect you, but what happened the other night wasn't right. I know you were in a very difficult space and you are having some issues right now, but Saturday you really went too far.

You kept asking me if you could suck me and I knew you were drunk and sad and things were going awful. I knew that this wasn't going to help things and I told you many times I didn't want to. But you did become forceful. I went along, because I did not want things to escalate, but it was not what I wanted.

I was just afraid that something bad would happen if I didn't. I completely own my sexuality and I consider you a good friend. I like you. I am attracted to you, but it really made me feel bad when this happened... In the end I consented, but it was because of pressure and your own force physically on me.

I did not want things to go bad. I have only decided to tell you how I feel for your own well being. I am afraid that if you don't realize that this is unacceptable, you may try this on another woman when you are drunk and she will not be so understanding."

The judges representing Farooqui argued that the email had an affectionate tone while completely disregarding the email that the victim had sent a few days later. That email was written after the victim got a chance to process the trauma and it contains expletives. She had mentioned that the one night she suffered wasn’t the only one and that she cannot stop running away from the suffering for it continues to haunt her.

Additionally, she also mentioned that when two people share a relationship and know each other, the onus of cementing a clear no with regard to consent lied completely on the woman. She mentions that she tried to resist, she tried pulling her underwear up but Farooqui paid no heed. This is not the worst part of it.

The jury went on to say that when  conservative women say no, the no can be taken as a final no. However, in this case the woman was educated, shared a relationship with the accused and maybe her no was feeble and that it wasn’t strong enough to be taken as resistance.

The court set a lot of dangerous precedents with this case by setting a separate standard for educated (liberated) women who claim rape by people with whom they have had prior sexual relationships/by known persons.

This is a classic reproduction of stereotypes- good vs bad women– while the former is to be believed, the latter is to be assumed to be consenting, even if a bit hesitant. Now ladies, don’t forget to carry around objects that depict the most strong forms of consent. Maybe a huge placard that says NO, how about a fun glow in the dark “NO” tattooed on your forehead and oh my personal favourite, maybe a loudspeaker? So you can whip it out of your handbag and yell a firm NO? Oh but what if he’s deaf, your  lack of consent will still be considered too feeble. Ah! What can one do I wonder!