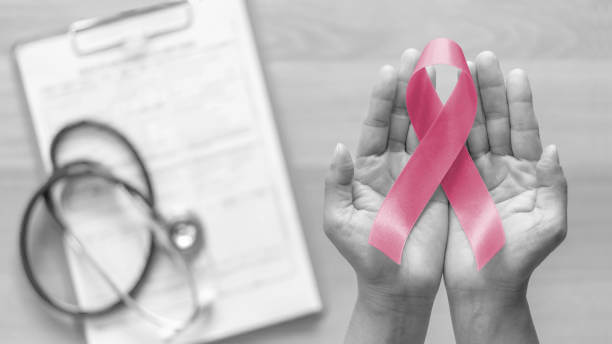 The deadly cancer is preying on millions of people in the world. Not all of us can afford the heavy fees involved in the treatment of cancer. Today, there are various crowdfunding platforms in India that deal with financially helping patients to fundraise for their medical causes. Online fundraising is considered to be one of the most effective ways of managing finances for emergency medical treatments like chemotherapy and stem cell transplants.

Breast Cancer - Not Just For Women

Breast cancer is a form of cancer that is most commonly found in women. But does this mean that breast cancer only affects women? Not at all! Men, too, can fall prey to this disease. However, women are more prone to it. In order to aid early identification of breast cancer, here are a few signs that shouldn’t be ignored:

What are the symptoms of breast cancer?

Swelling of the breast or a part of it: Sometimes, one may notice lumps or differences in the texture and appearance of their breasts when touched. Out of the different types of breast cancer tumours, also known as malignant tumours, this could be one or this could be a benign tumour which is a non-cancerous one. According to the National Cancer Institute, inflammatory breast cancer is rare, accounting for 1 to 5% of all breast cancers.

Skin dimpling: Also known as peau d'orange because of its orange peel-like appearance. Dimpling of the breast causes the skin to look like the pitting and uneven skin of an orange. The skin may sometimes appear reddish and inflamed. The breast or a part of it may appear scaly too.

Breast or nipple pain: There could be various reasons contributing to painful breasts and nipples. A reason for breast pain could be hormonal fluctuations, four to five days before the beginning of a menstrual period. It stops as soon as a woman gets her monthly period. Nipples are sensitive parts of the body. Hence wearing tight clothes, rashes, and infections can lead to pain in the nipple. But these signs shouldn't be ignored. One must always go for breast self-examination and take the action at the right time as it is also a common breast cancer sign.

Nipple retraction: Inward nipples could be congenital. But there could be various reasons associated with nipples turning inward sometime later in life such as trauma, breast scarring, breastfeeding or breast cancer. Like the other symptoms, this also occurs in both males and females and often affects both sides instead of just one.

Other causes for this condition could be trauma, fat necrosis, dermatologic conditions, and lymphoma.

Nipple discharge: The female breast is made of tissues, glands, milk-producing lobules and a network of ducts. A discharge can come from any of these ducts. In women, irritation from clothing, stress or sexual arousal can stimulate a nipple discharge other than breast milk which may or may not be cancer. However, a nipple discharge in men is a red flag.

Swollen lymph nodes under the arm or near the collarbone: Swollen lymph nodes are a result of injuries or infections or other illnesses. But sometimes this can be a sign of breast cancer spreading even before the original tumour in the breast is large enough to be felt.

Various fundraising platforms in India are helping patients across the nation to fundraise for their cancer treatments. ImpactGuru, one of the best crowdfunding sites in India, has made medical fundraising simple for patients in India. To learn what crowdfunding is and how it works, click here.

According to the World Health Organization, cancer is a leading cause of death worldwide, accounting for nearly 10 million deaths in 2020, or nearly one in six deaths. Donating monthly with GEM Subscription can help you change this. Be the changemaker by subscribing to ImpactGuru’s GEM plan and unlock rewards such as 80G tax benefits and the chance to save the lives of patients fighting cancer monthly with as little as Rs. 100. To know more, reach out to ImpactGuru’s GEM experts on 18008912903 or send an email to [email protected].