Today is an important day and the UN’s nomenclature must not be ignored. In 2013, the UN named May 7th as the World Wide Day For Genital Autonomy (not ‘Against Genital Mutilation’ which would have been a tempting choice) clearly leading the subliminal debate against genital mutilation in men and women towards the larger discussion on ownership of bodies and the importance of consent -  for both men and women. 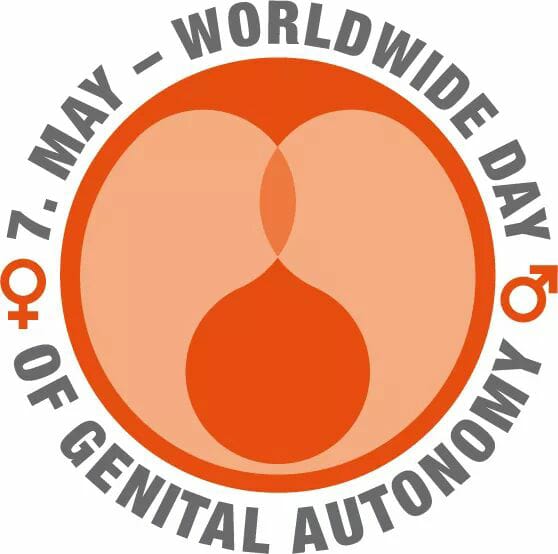 The baton was lit in Germany where a district court ruled that male circumcision without consent (usually done to children) was equal to assault. The UN later made it a goal to eradicate female genital mutilation from the world by 2030.

The unravelling of FGM in India

The fight against Female Genital Mutilation, rampantly practiced in the minority Bohra Muslim Community in India with over 75% women having undergone the practice, began with a research paper published by Rehana Ghadially in 1994, which brought the practice to light and encouraged other narratives to emerge through blogs and publications across the world. But, the movement was brought to forefront with a case in Australia.

In 2015, the “quiet, peaceful and progressive community” was accused of doing something horrific. The case was registered in Australia, where there are strong laws preventing FGM, but it brought back repressed memories for over 2 lakh Bohra Muslim women in India.

Amongst them was Masooma Ranalvi who founded We Speak Out, an organisation that is working towards banning FGM practices within the community and appealing to the court to create strict laws against it. 40 years later, she can still recall the day Khatna (the term for FGM within the community) was performed on her.

"I was circumcised when I was 7 years old. My grandmother took me to the Bohra mohalla (at Bhendi Bazaar in Mumbai) with a promise of buying me some chocolate and ice-cream. I went gladly. But instead she took me to an old, decrepit looking building in the narrow gullies. We went to the first floor and entered a home; she led me to an inside room; there was a woman there who drew the curtains and asked me to lie down. I was petrified by then, and was clutching onto my grandmother's hand. This woman who made me lie down, pulled down my pants and held my legs while grandma held onto my hands. I was just so scared, I didn't know what was happening. The lady said it would just take a minute and there will be just a little pain. I just clutched my grandmother's hand and closed my eyes. There was a nick, and then she pulled my pants up and told me to go.”

Though each woman’s experience might differ, Masooma’s story is more or less representative of what most Bohra women go through. FGM within the community is not new or recent, but years of conditioning and normalization has perhaps made the practice latent in the minds of the women who pass it to the next generation without asking too many questions. “When I recalled the incident in the lieu of the case going on in Australia, I felt betrayed and angry but I knew I couldn’t really hold anyone responsible for it,” adds Masooma. 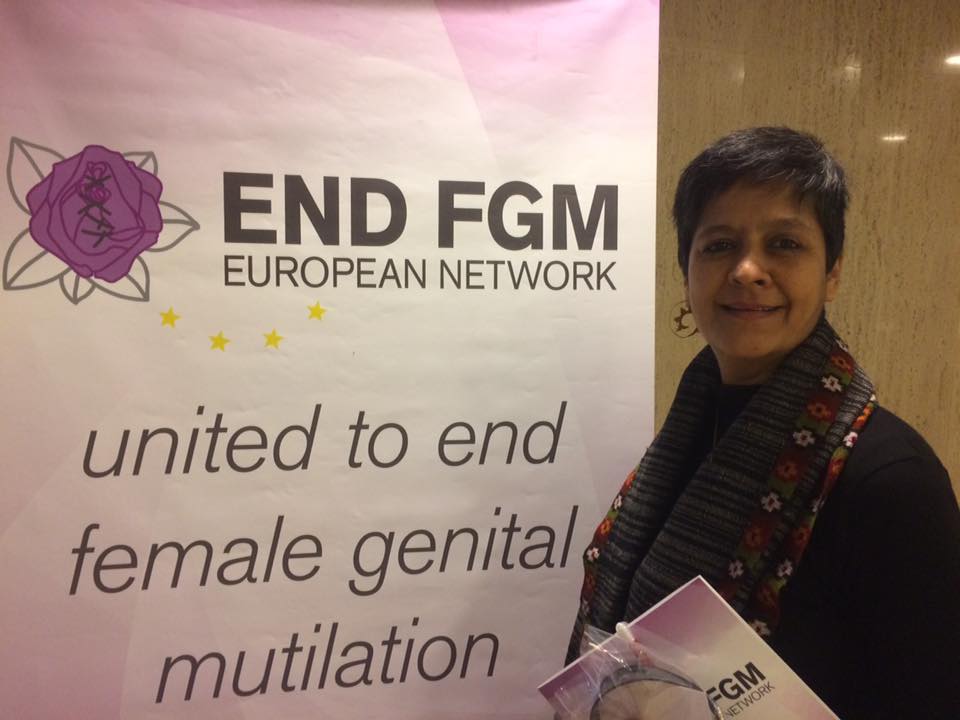 Samina (name changed on request) too confesses that when she confronted her mother about the incident,she was met with oblivion, “she had no real say in the house and didn't even know why was it done to her in the first place.”

But, over the last three years, organisations like We Speak Out, Sahiyo and others have started raising their voices and are reaching out to educate and spread awareness on the issue. Their petition on Change.org has received more than 1,20,000 signatures and they are mobilizing more Bohra women to speak out.

Masooma even attended the UNHRC to push the world body to take cognizance of the fact that this practice exists in the community around the world and to intervene to act upon banning it.

“I started with a Whatsapp group and overnight saw 50 women join it. So many of them reached out to me with their stories. In a sense, the group provided a safe place for women to finally share their experiences,” says Masooma.

The debate is now brimming and a lot more women are questioning the use of the practice and the rationalizations behind it. Apart from religion, many pro-khatna organisations have claimed that the practice is done for hygiene, to prevent certain diseases or to increase sexual pleasure (a counter-justification, perhaps, to override the claim that it actually decreases sexual pleasure - there is very little study to support either stances).

The fear of speaking out

The Bohras are not only a small but a very closely-knit and strongly institutionalised community. Many have chosen to speak up without revealing their names, fearing complete ostracism or backlash from the community that has a unique identification number to recognise and track each person in any part of the world. 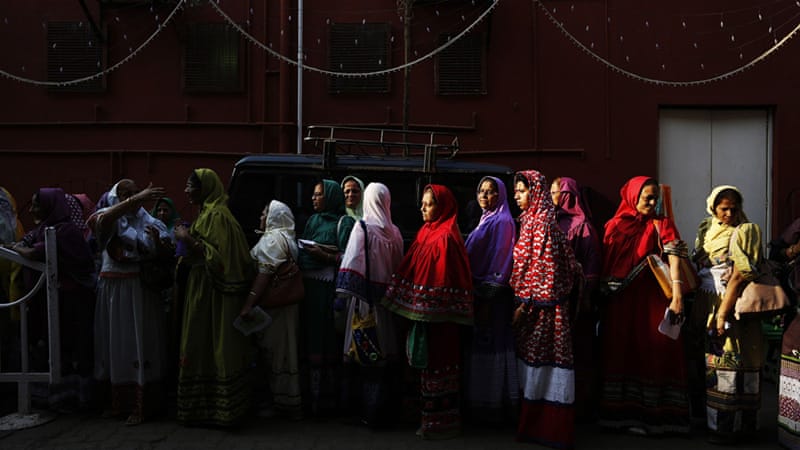 One of the testimonials that is signed off under the alis Sakina reads:

“One might wonder: if I feel strongly about it, why am I not stepping out in the open and letting the world know I detest it? I grapple with this question ever so often myself. But my identity is not mine alone, it will reflect on my family and make their life in the community difficult. I hope I can speak out truly one day. And for those who read this today, know that many like me exist - I can be your daughter, your wife, your sister - and I stand against FGM of any form.”

This concern lingers amongst most women. “There was a hushed movement before the case in Australia amongst Bohra women in India but it died down since no one wanted to attach their real names and identities to it,”says Samina.

However, with braver voices this time unabashedly signing on petitions, PIL and giving interviews, the movement has found new hope.

Where them men at?

Here’s the most interesting bit - the practice is largely upheld, monitored and even justified by women. In fact, in this study conducted by We Speak Out, the respondents plainly stated “No, men don’t have a role to play.”  While some men confess to not knowing anything about it at all, others remember being asked or told about the procedure. Almost no one confesses to actually participating in it or even being present while it is being conducted.

The procedure is done in a room full of women and the problems, if any, are kept under wraps. Many women are not even taken to proper clinics and procedures are conducted without medical supervision.

Women say that it is just a prick, but there have been cases where it has caused problems either at the time of the procedure or later in their lives.

But men of the community are also circumcised at a tender age, just like the women. In fact, male circumcision is widespread amongst many more cultures and communities apart from the Bohras. The movement against FGM doesn’t discuss this yet.

While the center recently passed a statement declaring FGM to be a punishable offence, it has shown no progress to initiate a law against it. Sure, the 5 lakh Bohras may be too small a community to command swift action on laws, but the problematic this will solve will affect all women - assigning each one the ownership to their bodies and thus giving them the right to choose and give consent to what happens to it. 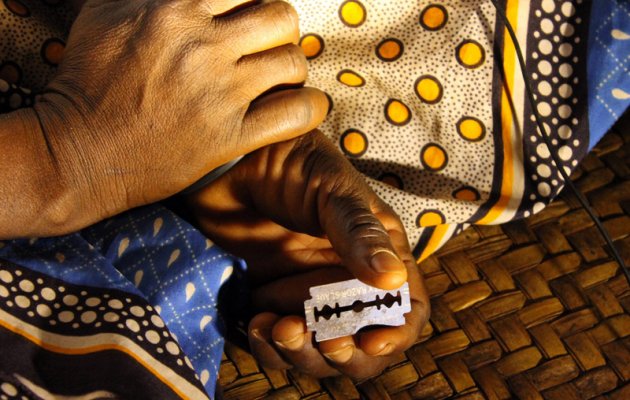 Women’s bodies, especially, have been territorialised by various institutions - religion, politics, culture, capitalism - each one making their own invasions and claims till women, like the Bohra women, accept “mutilations” to their bodies as norms that must be followed.

The conversation on genital autonomy must restore the consent and autonomy back from these institutions, for both women and men when it comes to making decisions about what to do with their bodies.

A simple illustration of this lies in this interesting conversation between two women, which appeared in The Guardian’s article outlining the verdict in the FGM case in Australia:

The older woman then said: “I was talking with [someone] about how funny it is, look at body piercing where it is.”

Other woman: “No problem about it, ridiculous laws they have.”