Crowdfunding Regulations In India: All You Need To Know

The crowdfunding revolution in the West, spearheaded by Kickstarter and Indiegogo, gave rise to a million ideas that were realized almost overnight by leveraging the ‘crowd’s’ interest in supporting innovative, offbeat and eccentric products and projects. As crowdfunding platforms in USA grew from two to 191 (current approx no.) in less than a decade, it boosted the SME industry as well as gave birth to new start-ups selling everything from a smartwatch (Pebble) to the world’s first nine-dollar computer (CHIP) to the first solar sailing spacecraft! (LightSail). Crowdfunding platforms quickly turned into the Shark Tank of the people, where each person found their own kind of idea to invest in.

India, with one of the world’s fastest growing economies and a booming start-up ecosystem took quickly to the concept of online crowdfunding. It was imported to India by Indians trained and educated in the west (most co-founders of top crowdfunding websites) who saw power in the second-largest populated country, not only to fuel start-ups but provide a solution to problems in medical and social fundraising.

Since 2010, at least 15 crowdfunding platforms have emerged on the Indian web and are doing substantially well. Yet, as the industry grows, very little is known about the legalities surrounding it. Crowdfunding and its legal implications in India have been under question for most campaigners with not too much clarity even from the governing body SEBI (Securities and Exchange Board of India).

There is no one law regulating crowdfunding in India yet, however crowdfunding is being monitored by SEBI which is still contemplating on how to better regulate the market without obstructing its growth.

But, is crowdfunding legal in India at all?

Donation Crowdfunding - The way ahead for NGOs and Individuals

As the name suggests, donation crowdfunding asks for funds without the promise of any return in cash or kind. It is simply assembling funds from kind-hearted individuals or interested readers for a social cause, creative project or even a personal cause (like medical bills, education etc). Donation crowdfunding is the most popular model of crowdfunding in India.

While a large number of individuals who opt for donation crowdfunding on our platform are medical campaigners, using crowdfunding to pay for the high medical costs of transplant and cancer treatments amongst others, that aren’t generally covered by insurance plans or even bank loans, there are also fundraisers for creative projects and education.

But, the greatest leveraging of donation crowdfunding is done by NGOs.

Online crowdfunding has cut down NGO fundraising costs by almost 60% and has persuaded many organisations to use it as a first option for raising money for any cause, especially disasters.

Donation crowdfunding and its legal implications in India

Since donation crowdfunding works on grants and donations which provide no financial return in any way and thus is exempted from SEBI rules. It is however regulated by the Information Technology Act (2000) and Income Tax regulations. Donation crowdfunding’s legal implications in India isn’t a cause of money as NGOs and individuals have been receiving charitable grants since decades. The only difference now is, it’s all gone digital.

Under Income Tax Section 80G, all donations made to charities and non-profit organisations are exempted from tax deductions.

In fact, online crowdfunding makes sure that donors get 80G exemptions. According to the Income tax regulations any donation made above Rs. 2000 in cash isn’t eligible for deductions. Our platform and other websites have multiple cashless payment options to ensure that everyone making a donation (no matter what the amount) gets a tax exemption certificate.

Under the IT (Information Technology) Act’s Section 66A, fundraisers or people on the platform cannot post or add any content or graphics that are obscene, vulgar, offensive or inciting hatred in any manner. The IT act also includes:

Most crowdfunding platforms in India have a thorough due diligence process that eradicates any or all criminal and immoral activities on the fundraiser. However, if any fundraiser turns out to be fraudulent or is misrepresenting a person or a cause, it could be reported to the Cyber Cell for investigation.

Crowdfunding has legal implications for the campaigners too.

Non-profit organisations that raise money through crowdfunding platforms are completely exempted from taxation under the current Income Tax regulations. However any individual receiving donations on any platform, unless the company is a non-profit itself, is liable to pay Income Tax. Most crowdfunding platforms like Impact Guru, Ketto and Bitgiving are for-profit enterprises and hence individuals raising money on these platforms may have to pay taxes. (This is a bit of a grey area and we suggest you consult your tax expert for complete clarity on the matter.) Donation-crowdfunding’s legal implications in India aren’t very fortified yet, which leaves the market susceptible to malpractice and fraud, which although have been minimal in the past years.

Rewards crowdfunding - Give a little to get a lot 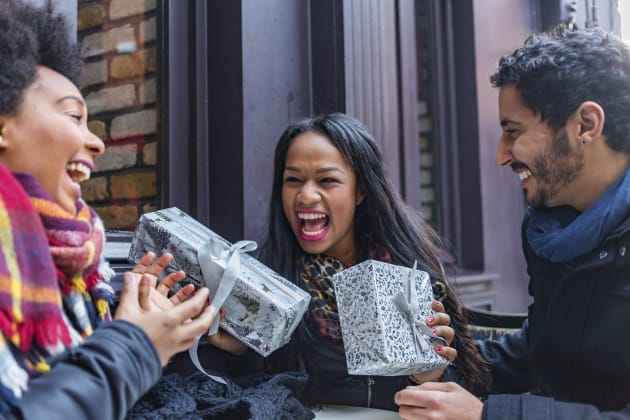 Rewards crowdfunding allows donors to get tangible rewards (some kind of a product or service) in return for their contribution. Wishberry and Impact Guru are the leaders in rewards crowdfunding in India. While the former deals in creative projects that provides rewards in form of CDs, books etc. the later deals with social projects where rewards can range from a volunteering day at the NGO or photo books made by students etc. Most international platforms like Kickstarter and Indiegogo have very strong rewards crowdfunding models where people can invest in a venture and receive discounts on the products and services or obtain them for free.

Read: A Complete Guide To Reward Based Crowdfunding In India

Rewards crowdfunding and its legal implications in India

Since rewards crowdfunding doesn’t entail giving back any monetary incentives, it doesn’t fall under SEBI regulations. It is legal and is practiced by many top crowdfunding platforms in India. Rewards crowdfunding can sometime cause problems if the rewards promised aren’t delivered in time or are different from what was promised.

In such cases, in the absence of any law or regulation, the donors is often left with no options for grievance redressal. Most crowdfunding websites have strict due diligence policy which ensures the authenticity of the campaigners and the delivery of the rewards, however if due to some reason the campaigner lapses, the platforms aren’t liable to take action.

Though Peer-to-peer Lending doesn’t definitively fall under crowdfunding, it is often considered a part of it. Lending unlike crowdfunding is high risk as it involves investments into small and medium scale projects and returns on them. Faircent and Lendbox lead the peer-to-peer lending in India.

In this model, those who want to invest are matched with those who want to borrow. The investors are paid returns on investments which are subject to market fluctuations. P2P Lending takes place online and its legal implications in India aren’t questioned. However, it’s not regulated properly. The RBI (Reserve Bank of India) is still in process of formulating proper regulations for the P2P lending market but has categorized all P2P lending platforms under NBFCs (Non-Financial Banking Companies) which currently puts them under the purview of SEBI and the RBI.

Read: Peer To Peer Fundraising: A Beginners Guide To How It Works

P2P Lending/ Crowdfunding and its legal implications in India

P2P lending is currently monitored by the RBI under the purview of SEBI. The RBI is still in process of drafting proper regulations that will govern the process however, hasn’t come out with any so far. Lending is subject to market fluctuations and poses high risks in terms of fraud and untrusted platforms. One should be careful and do a thorough due diligence before lending on any platforms. 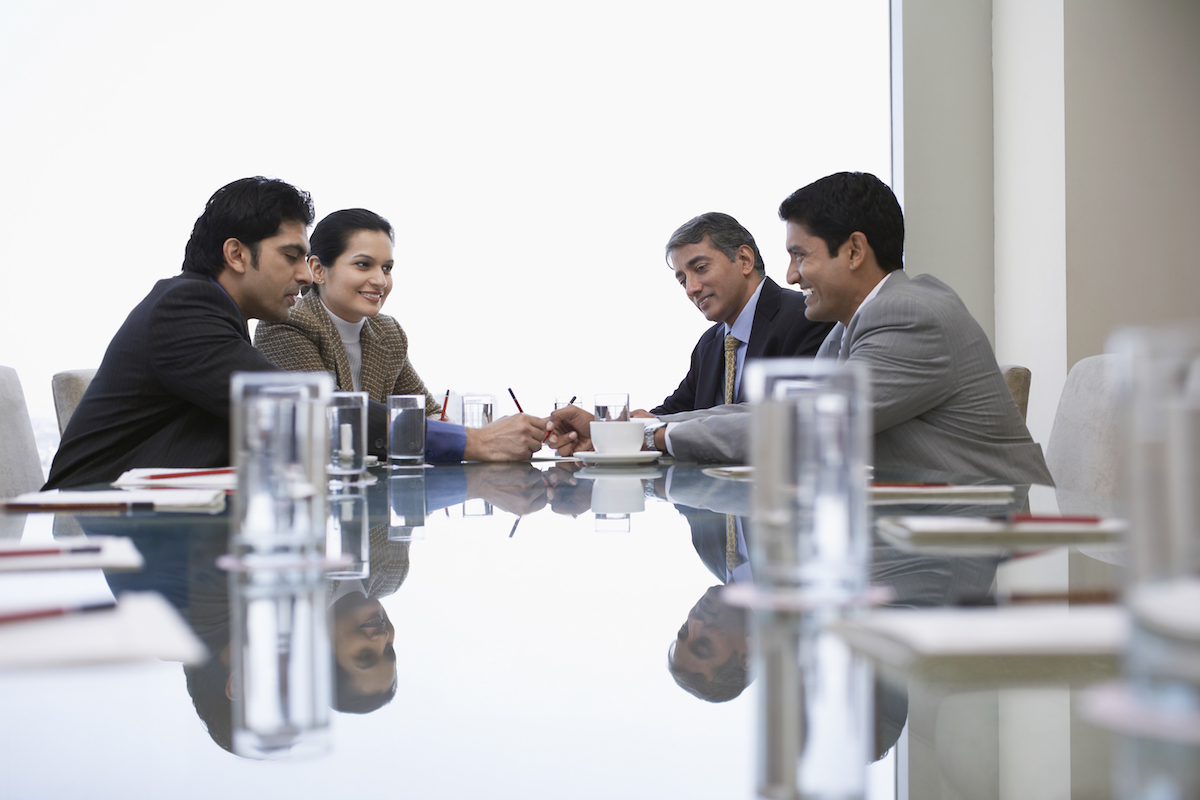 Equity crowdfunding is where in return for someone’s contribution in a company, equity shares of the company are issued. It entails early-stage funding for companies that are yet unlisted on the stock exchange. It helps easily raise capital for companies that are still in their nascent stage. Usually startups are funded by angel investors or by taking a bank loan and equity is sold after the company becomes commercially viable, however in equity crowdfunding the shares are sold at a much earlier stage.

Equity crowdfunding and its legal implications in India

Read: How To Fund Your Startup With Equity Crowdfunding In India

How can you be careful before donating or starting a fundraiser?

Since crowdfunding and its legal implications in India belong in a grey area, one needs to be extremely careful while donating or lending or starting fundraisers on any of the platforms.

Here are some things you can do to ensure the authenticity of a platform or a campaigns.

What is next for crowdfunding and its legal implications in India?

Still in its early stages, crowdfunding is set to grow very fast despite of irregularities in its legal frameworks. Since many years, SEBI and RBI are trying to frame the impact of crowdfunding and its legal implication in India, but with the industry size being rather small currently with many possibilities left unexplored and undiscovered, it becomes a task to draft a standard law or policy.

Earlier this year, SEBI announced that it is taking a fresh look at crowdfunding regulations, including perhaps, even a legal framework allowing equity crowdfunding. Some of its considerations include having a minimum net worth criteria for investors, setting a minimum threshold for stake purchases and ensuring that no one entity owns more than 25% of the investee’s firm.

Though the above will regulate financial returns-based models, community based models will be left own to figure things out on their own. Thankfully, crowdfunding has not any major negative or fraud experiences till today, but as the industry grows the need for proper regulations and laws will be made evident. Till then, crowdfunding and its legal implications in India will always be up for debate.