Brain hemorrhage: All you need to know from causes, symptoms to treatment

What is a brain hemorrhage? Several causes and risk factors of a brain hemorrhage include:

Aneurysm: This occurs when there is a weakening in a blood vessel wall that swells. It can burst and cause bleeding inside the brain, hence resulting in a stroke.

Blood vessel abnormalities: Weak blood walls around the brain may be present since birth and may only be diagnosed once the person shows symptoms. Bleeding disorders: People with bleeding disorders such as skin cell anemia or hemophilia are at a higher risk of experiencing brain strokes as these can result in decreased level of blood palettes.

Liver disease: This condition in general contributes to increased bleeding

Brain tumours: People suffering from a brain tumor are at a higher risk of experiencing brain strokes.

Amyloid angiopathy: This is an abnormality that occurs in the blood vessel walls due to either ageing or high blood pressure. It may cause many small bleeds before causing a large one.

Symptoms of a brain hemorrhage 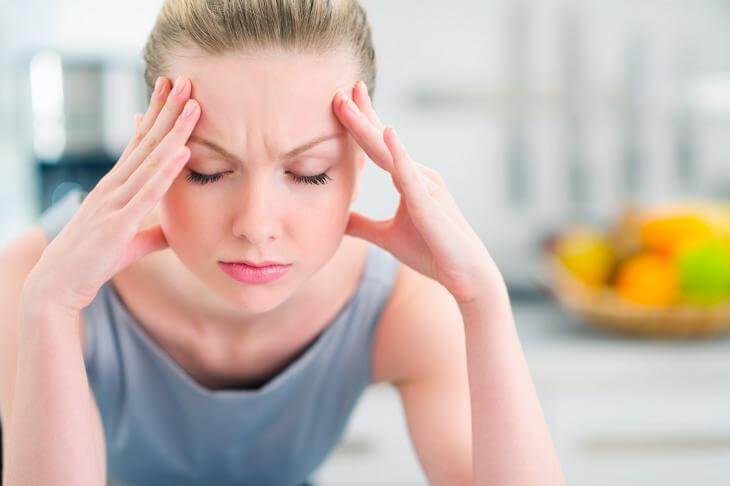 The symptoms of a brain hemorrhage occur according to the condition of the person- the location of bleeding in the brain, the amount of tissue affected and the severity of the bleeding. The symptoms may occur gradually or all of a sudden. Look out for these signs:

How is a brain hemorrhage diagnosed? The treatment of brain hemorrhage depends on the severity of the condition and the symptoms that the person is showing. This usually done through an MRI, CT scan or any of the following ways mentioned below:

This is a procedure in which a catheter is inserted into an artery and passed through the circulatory system leading up to the brain. A dye, which makes blood flow easy to see on X rays, is injected through the catheter.

In this procedure, the dye is injected directly into the bloodstream. This makes the arteries appear more clearly on the X ray and CT scan

Also known as a spinal tap, this is another procedure to diagnose brain bleeds.

How is a brain hemorrhage treated? The treatment of a brain hemorrhage depends on the severity and symptoms of the condition. These are the ways in which a hemorrhage is treated:

In some cases, a traditional surgery may be required to drain out the excess boo in the brain or repair damaged blood cells.

This is a procedure where the surgeon removes a tumor or a blood clot through a port (which is a dime-sized channel). As compared to traditional surgery, this method causes lesser complications, fewer scars and has a quicker recovery time.

In this procedure, a long thin tube is threaded through blood vessels until it reaches the part that is affected in the area

Draining out the fluid surrounding the brain

This done so that the hematoma gets space to expand without damaging other brain cells.

A person can be prescribed medication to control seizures, headaches or blood pressure.

These forms of treatment can help patients regain brain functions such as speech, that may have been affected because of brain bleeding.

How can a brain hemorrhage be prevented? If you are suffering from high blood pressure, don’t ignore it and consult your doctor immediately. Make lifestyle changes such as eating healthy food, exercising and if necessary taking medicines prescribed by your doctor.

Consuming drugs such as cocaine can put you on a higher risk of developing brain strokes.

Drive carefully and always put on your seat belt. If you are riding a motorcycle, make sure you are wearing a helmet.

If you are suffering from abnormalities, such as aneurysms, et a check up done. A surgery can prevent future brain bleeds.

Be careful when you consume Coumadin. This is a drug that should only be consumed after checking your blood levels and making sure their range is proper. Take this medicine, only if prescribed by your doctor.

How crowdfunding can help 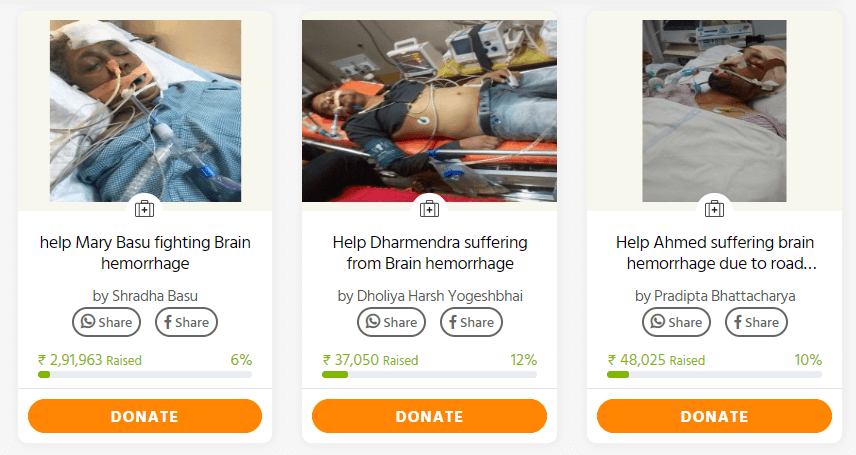 Cost of medical treatments in India can be exorbitant in India, especially in the private healthcare sector. The cost of brain hemorrhage can cost anywhere between Rs. 5 lakh to 15 lakhs and more.

Most Indians do not have insurance covers and many of them aren’t eligible for loans, owing to their poor economic backgrounds.

They are forced to borrow money from their friends and relatives, thereby facing the pressure of returning the funds. However, crowdfunding is proving to be a much needed relief for such helpless souls.

It is a practice in which you can ask each person to contribute a certain amount to reach the goal amount. Many Indians have benefitted from crowdfunding on Impact Guru. You can read the success stories here.

Do you wish to be a part of this movement? Start your fundraiser here!

Why Are Brain Tumour Cases In India On The Rise?

Cancer Symptoms And Causes: Getting The Basics Right