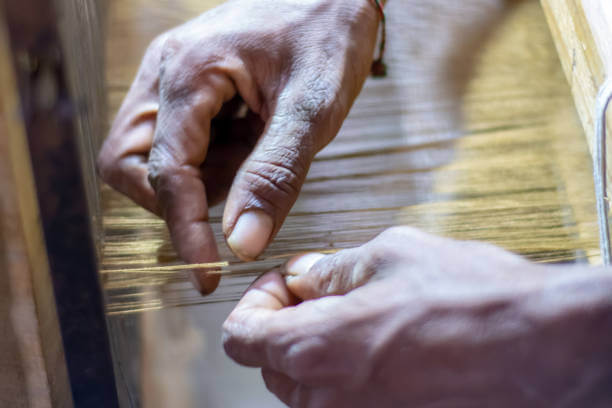 Every year August 7 is celebrated as National Handloom Day in India. This day is celebrated in order to honor and encourage the handloom weaving community. The day was first observed in 2015 by the Central Government and marked the 100th anniversary of the Swadeshi movement that started in 1905 and lasted for 6 years.

Story Behind The Day

The pre-independence period was a dark era. In 1903, the British Government made the decision of partitioning Bengal reportedly due to the following two reasons:

Due to the growing discontentment of the public, the Swadeshi movement started in Kolkata (then Calcutta) to boycott foreign goods and encourage domestic production. Many rich Indians donated money and land for khadi and village industries so as to make the villagers of India self-sufficient. Later, the movement spread to other parts of India such as Bihar, UP, Poona, Bombay, and Madras. This movement also inspired the Non-Cooperation movement of 1915 and Satyagraha movement of 1917.

The Importance of Swadeshi

Mahatma Gandhi encouraged the manufacture of khadi, which became the heart of the strategy for the Swadeshi movement. Now, why is handloom important in India? Here’s the answer:

A symbol of Indian heritage: The handloom sector symbolizes India’s cultural heritage and stays true to its roots. The artisans have passed the skills from generation to another. Even in today’s time, the charm in the textile industry prevails.

A major source of employment: Handlooms are important sources of employment for many Indians, especially women. According to the recent handloom census, Women workers constitute a total of 72.29% of the handloom workers.

Less import, more export: If Indians start manufacturing more goods in India, the dependency on other countries for goods will decrease thus promoting trade surplus. Also, the more the production, the more the jobs and revenue.

How To Celebrate National Handloom Day 2022

Now one may wonder how to contribute to the National Handloom Day. Well, here’s what you can do on this day:

If you are looking for funds to start your own handloom business or are planning to help someone set up their handloom enterprise, hurry up and start your fundraiser today!