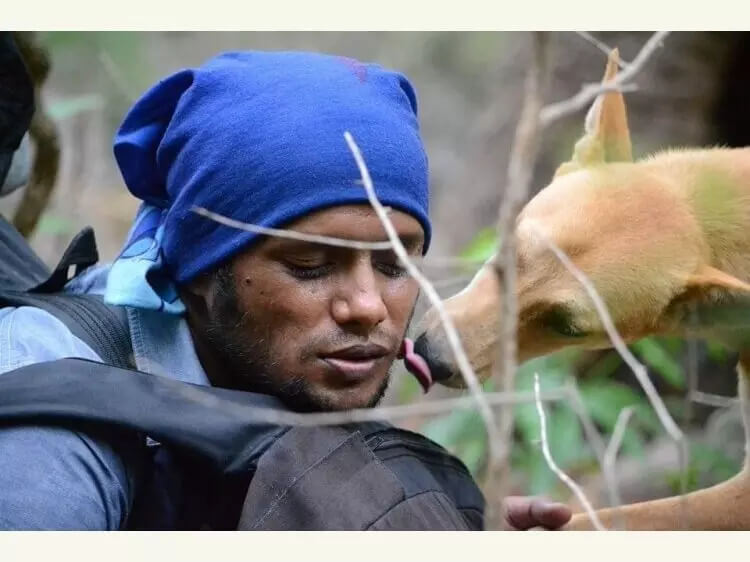 Behind the scenes with Cloud 9 - An Animal NGO

The COVID-19 pandemic affected humans around the world in ways we couldn’t possibly imagine. Today, for many of us, the word ‘lockdown’ alone brings back feelings of distress, coupled with memories of boredom and social isolation.  People suffered, industries crumbled, small businesses went under. One more section of society - perhaps, the most vulnerable because they cannot voice their pain - was heavily affected by Covid-19. They were none other than our four-legged furry friends!

Thousands of stray cats and dogs in India depended on food and waste from markets, restaurants and grocery shops. With Covid sending people into isolation and public establishments shutting down, strays were having a hard time finding food.

At a time like this, many animal welfare organizations stepped out to feed stray animals and give them treatment for various ailments. One such dedicated NGO, Cloud 9 - an animal care and rehabilitation organization in Chennai - has been serving street animals in various ways for the past few years.

This blog will focus on the writer’s interview with Cloud 9’s co-founder, Mrs Kamala Ramamurthy. The co-founder who is an animal lover at heart, takes us through her favourite memories, challenges that come with handling an NGO as well as how crowdfunding is helping Cloud 9 currently:

Cloud 9 Animal Care & Rehabilitation was started around 5 years ago with an aim to help the distressed and injured street dogs and other animals.

“Cloud 9 has been rescuing animals during natural calamities like the Chennai floods of 2015, Cyclone Vardah of 2016, Cyclone Nivar of 2020 and the Kerala Floods of 2018 -19. Dinesh Pannerselvam - founder of Cloud 9 - has been at the forefront of every rescue mission”, said Mrs Kamala.

Cloud 9’s shelter accommodates around 40 dogs who are either old, blind or debilitated. They also offer Emergency Response Solutions for animals that need rescues from difficult situations like wells and crevices.

A typical day at Cloud 9

When asked about what a typical day at Cloud 9 looks like, Mrs Kamala said, “No two days are the same, sometimes we get a call as early as 4 or 6 am in the morning about a sick or injured dog in the street. We attend to these dogs by giving them first aid until the doctor comes in around 9 am. Some pet owners also bring in their sick or injured pets for treatment at our clinic.”

“We can never prepare ourselves beforehand because everyday something unexpected happens. If a dog requires surgery of more than ₹10,000 or ₹20,000, the budget of a small NGO like ours goes off the roof. Raising funds becomes difficult during such times. Nevertheless, we always ensure that every injured dog is given the best treatment possible”, said Mrs Kamala.

A day that Mrs Kamala can never forget

Asked about an incident that will always be etched in her memory, Mrs Kamala recalled, “A few years back, the entire Cloud 9 team was travelling to Venkatapuram to administer yearly shots for cows and other animals. On our way, we saw a dog lying across the highway, it was a Terrier mix. We stopped the car and approached the dog who was covered with mud and ticks all over his body.

Luckily, we were carrying biscuits and bread along with us. We fed it to the dog who got really comfortable around me and the team within a few minutes”. Soon enough, the dog was taken to Cloud 9’s clinic for treatment. Mrs Kamala wondered why the poor dog was abandoned by its owner as he had absolutely no health issues. But fate had other things in store for this fuzzball.

“Over a few weeks, the dog became really attached to me. I have adopted that dog now and we have named him Happy. When we found Happy he was around 3 years old; Happy is about 7 and a half years old now and is one of the sweetest dogs you will ever come across!”, said Mrs Kamala.

On why humans and animals need to coexist

“First and foremost, we need to educate our children on being more sensitive towards stray animals. If you don’t like animals then at least don’t hurt them, just let them be. That’s the least we can expect from any human. If somebody throws a stone at you, wouldn’t you react? It is a natural instinct. Similarly, if you throw stones at a dog, he would definitely defend himself by barking or chasing you”, said Mrs Kamala.

“One case that we encountered was of a dog who had a barbed wire tied around its neck. When we found him he had blood dripping off its neck and he just couldn’t stop crying. It was a really painful sight, one which still brings tears to my eyes. Fortunately, the dog is alive and doing quite well. We have kept him with us because he wouldn’t survive on the streets. I fail to understand how people can be so cruel to a voiceless animal!” exclaimed Mrs Kamala.

On challenges that Cloud-9 faces

When asked about problems that Cloud 9 has been facing currently, Mrs Kamala said, “We have to shift out of the current facility and move to a new one because the rental agreement has expired. However, the landlord has been kind enough to give us time till the end of January 2022.

“There is no other way, we can't shift to another rental place because the neighbors will take an objection to the dogs barking. Hence, we want to buy our own piece of land on the outskirts of Chennai wherein we can build a new shelter and relocate our animals. The new rehabilitation shelter will specifically cater to old animals but we are urgently in need of funds to make this dream come true. To make this possible, we started a fundraiser with a crowdfunding platform - ImpactGuru, said Mrs Kamala.

On the NGO’s experience of fundraising with ImpactGuru

“We had heard about ImpactGuru through digital media as it is one of the leading healthcare financing platforms in India. What caught our attention was the fact that ImpactGuru had been at the forefront of several NGO crowdfunding campaigns over the years. We were delighted to see several animal NGOs successfully raise funds to achieve their goal. This is what made us choose ImpactGuru”, said Mrs Kamala.

"We would like to sincerely thank the platform for their assistance so far in our endeavours to build a new old age animal shelter. However, we don't have a lot of time left and we need to keep the chain of impact going to see our dream come true.”

On Cloud 9’s experience with ImpactGuru so far, Mrs Kamala signed off by saying, “The experience fundraising with ImpactGuru has been pleasant to say the least. The team at ImpactGuru has been flexible, helpful and always accessible to all our requirements. We would like to sincerely thank the platform for their assistance so far in our endeavours to build a new old age animal shelter. However, we don't have a lot of time left and we need to keep the chain of impact going to see our dream come true.”

Cloud 9’s fundraiser has raised more than Rs 5,84,000 from over 100 kind donors until now. The organization are forced to leave their current premises and hence have decided to buy their own piece of land to relocate their animals. To make this possible, Cloud 9 would need at least Rs 60 lakhs.

If, like us, you are in awe of Cloud 9’s commitment in serving our furry friends and wish to support them, you can share their story on your chosen social media platform and even donate to their fundraiser here.

You may also like: We Interview An NGO About The Ground Situation During COVID