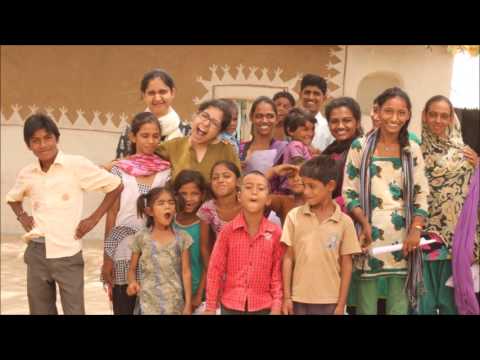 Asmat (http://www.asmatindia.org ) is an NGO that was founded with an aim to bring about change at the grassroots level by mobilizing the youth. The idea has been to work with issues in rural India with twin objectives: one, to make the urban youth become aware and sensitive towards the realities of Indian villages; and second, to undertake interventions in the village that can be sustained at both, tangible and intangible levels. With this vision, Asmat has adopted a village called Soda (http://villagesoda.org/) in the Tonk district of Rajasthan, with a population of about 10,000. Soda is currently headed by the first woman Sarpanch (elected head of the village) of India with an MBA degree - Chhavi Rajawat, who has been instrumental in shaping Asmat’s work in Soda since its inception.

Asmat was started and is currently managed by the students of Delhi University, and aims at mobilising the energy and ideas of the youth  towards India’s villages. It has adopted a village named Soda in Tonk district, Rajasthan, and routinely conducts volunteer programs in Soda to bring about holistic and sustainable development in the village. This is done through a team of 15 to 20 new volunteers each programme (held biannually), that works in areas such as education, health and menstrual hygiene, governance , civic and sanitation awareness. The issues taken up pertain to areas where the potential for impact is seen in bringing about holistic development of the village, in all spheres possible.

About 70% of Indian population lives in its villages. Just like many other villages, Soda  suffers from deep-rooted problems like illiteracy, gender inequality, lack of proper sanitation and awareness regarding health issues, especially tobacco and substance abuse, on a massive scale. In the past programs, volunteers have worked with the villagers to address these key issues. However, in the conduction of these volunteer programs, a recurring hurdle has been the lack of funds. Currently, Asmat requires funds to organise a major health camp, obtain supplies for its sessions on health and literacy, and make sure that well-intentioned volunteers, from different parts of the country, are not deterred by travel costs and other relevant expenses.

If the requisite amount of funding is made available to the team, the sessions which would cover areas of sanitation, literacy for women and holistic education for children can be carried out with better materials and equipments, hence in a more comprehensive manner. Additionally, a major health camp will be organised, so that victims of critical diseases such as Tuberculosis and Kwashiorkor, which plague the village, can be identified and appropriate treatment and access to medicines can be provided to them. Without sufficient external funding to pay honorariums to the doctors, procure medicines and equipment, this camp has been stalled for months. Firmly resolved to carry out these projects, the team seeks your support in helping them change realities in the village of Soda. We hope that you will do your bit in bringing about a transformation in the lives of these villagers.

Over the past two and a half years, Asmat has conducted various sessions to address pertinent issues in the village, streamlining our work as per the themes of holistic education for children; civic and sanitation awareness; women’s health and reproductive issues; governance awareness and surveys; and adult literacy.

- 30 women in Soda will get information about general and reproductive health schemes being run by the government, that can be availed at the Primary Health Centre.

- 10 adolescents in Soda will get sensitized about the ill-effects and long-term damaging impact of substance abuse, which is rampant in Soda amongst the youth.

- 20 women will be given information about basic financial concepts like saving, banking, spending, budgeting and planning for the household, and gain greater financial and personal independence.

- Enable one doctor to identify and provide treatment and medication for critical diseases like tuberculosis and kwashiorkor to at least 35 villagers, as part of a 2-Day Medical Camp in Soda.

With your contribution, you can support our persistent endeavour to transform the lives of these villagers. Together we can help them become active stakeholders and not just passive recipients in their own process of development.