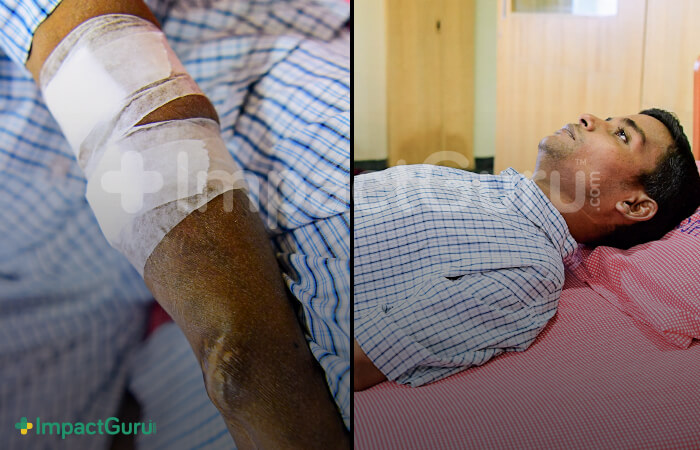 “My health condition has dictated my life for as long as I can remember. I don’t recall what my pain-free childhood was like. It has been 15 long years of hospital visits, medication, dialysis and constant pain. Amma and Appa have nursed me every single day for the past 15 years. But the clock of my life ticks away by every passing day.” Shivayogiswami laments about his declining health condition.

It was 2005. Young Shiva began to suffer from constant bouts of exhaustion. He eventually became bedridden. Worried sick, the family took him to a hospital away from his village. They were in utter shock when the doctors informed that both his kidneys were failing. 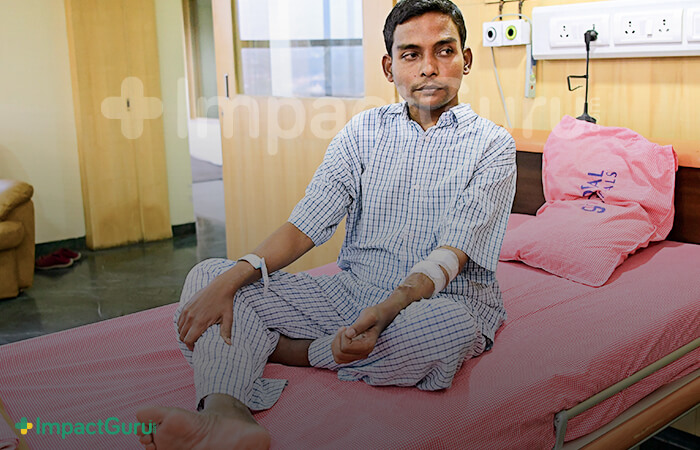 And thus began his dialysis- The family travelled to the hospital 80 kilometers away from their small town of Haveri in Karnataka for the regular procedure. Over the years, as his health deteriorated, the frequency of his dialysis went from twice a week to thrice a week. His family did everything to keep him comfortable, but the boy spent his days turning and twisting in pain.

Years passed while Shivayogiswami tried to grapple with kidney failure. In 2016, he fell grossly sick. His yellowing eyes, bloating belly, bruised arm and swollen legs worried his family. Staggered and confused, they ended up at the hospital for his tests. What the reports revealed, put them in a stupor - Now Shivayogi’s liver was failing too! 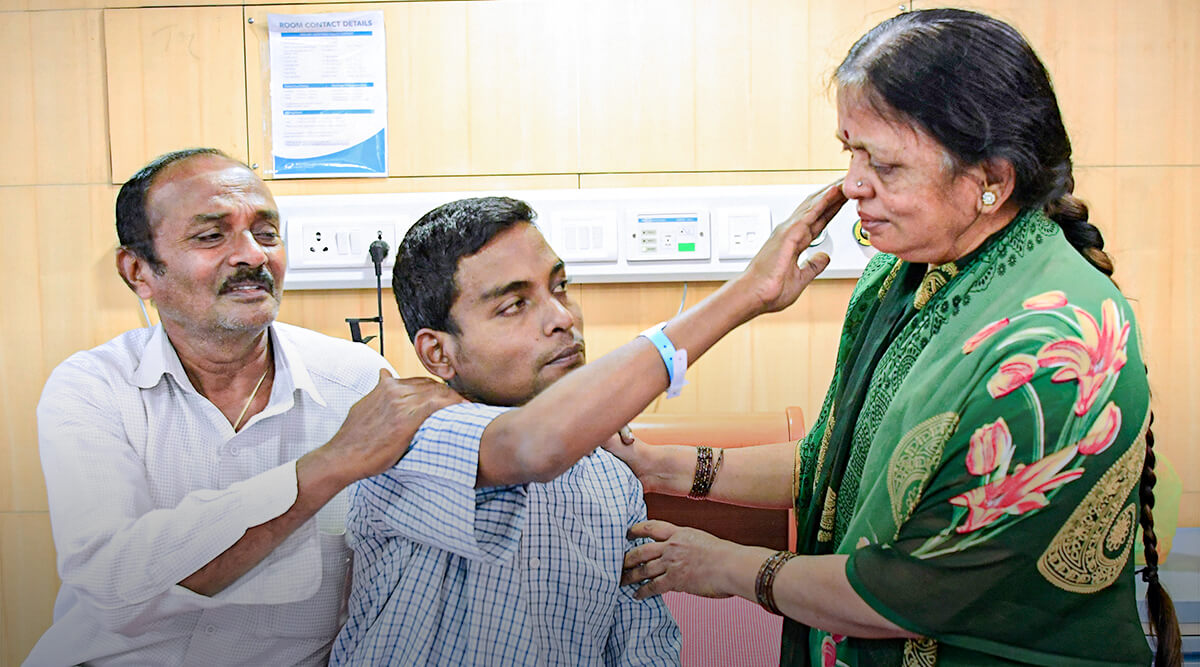 “The past 15 years have been a living nightmare. I know what it is like to live in the constant fear of losing your child. My Shiva is only 33. I wished to see him get a well-paying job and get him married someday. Instead, I helplessly sit at his bedside stroking his head and holding his hand as both his vital organs fail.”

Double organ failure is taking a toll on Shivayogiswami day by day. The doctors at BGS Global Hospitals in Bengaluru have informed the parents that he needs a liver and kidney transplant worth Rs 32 lakh including 21 days of ICU stay, medication and equipment, radiology, and ventilation charges. “The amount of my cure is something my aged parents have never even seen all their lives! This condition threatens my life but it has snatched away much more. I am 33 and have been fighting to live for over a decade now! I joined a BA course a few years ago but had to drop out in the first year itself as my health wouldn’t permit me to study. My youth is spent. But I need to live for my aged parents. I wish to graduate, earn and take care of them.”

Shivayogiswami is determined to fight off double organ failure. But poverty pushes him further into danger. His father is a retired school teacher, who barely managed to feed their family. Your support can save the life of this young man and give him a new shot at life. Be the ray of hope Shiva needs and help him get the transplants.

The son of retired parents, Shivayogiswamy is struggling with dialyses. He needs urgent support for his dual transplant.

Kindly support the young man's cause by sharing his story on all social media platforms.

Shivayogiswamy continues with dialysis, although the doctors have asked his family to arrange funds swiftly for his liver and kidney transplant. But arranging lakhs for the dual transplant is quite a challenge for his retired parents.

Only with your support, the young man is continuing with dialysis. If you keep up sharing his story across all social media channels, Shivayogiswamy can get much-required transplant(s) at the earliest. 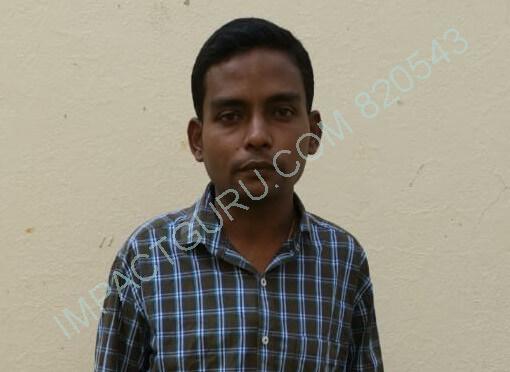 How long will Shivayogiswamy survive on tri-weekly dialysis?

His health is failing and he is inching closer to the inevitable without a kidney and liver transplant.

His family is barely managing his dialysis expenses. It is only through your support that he is carrying on with the necessary treatment.

Please support Shivayogiswamy's story with everyone you know and on social media to help him continue his dialysis and eventually get the dual transplant. Choose the amount you wish to Donate

ImpactGuru.com is India's largest crowdfunding platform that has helped over 10,000 patients raise funds for life-saving treatment. We connect generosity with need and help patients get donations from around the world. Fundraisers on the platform are verified with a 3-check process and the contributions will be directly transferred to the hospital towards the patient's treatment.

Previously, donors like you have saved lives by funding transplants, heart surgeries, prenatal care etc. Contribute to save a life today!

Not everyone can afford to take care of their loved ones. Shivayogiswamy's life can only be saved by donations made by kind people like you.