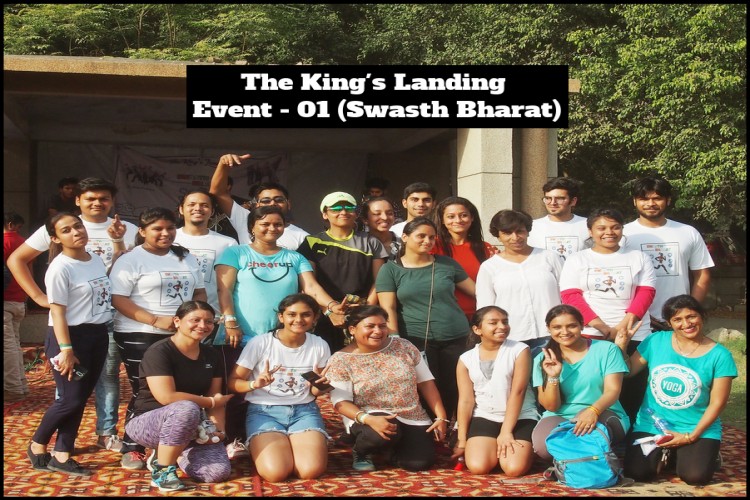 On 14th May 2017 we successfully brought our ideology into implementation. We organized our first event “SWASTH BHARAT” AT NETAJI SUBHASH CHANDRA BOSE PARK, SECTOR 4B VASUNDHARA, GHAZIABAD. The event was diligently organized. There was a soul to it. A soul that was vibrant, contagious and exuberant. The motive of our event was to promote healthy & regiment life style among the citizens. The Swasth Bharat event opened with stress buster like Zumba where around 40 Zumba enthusiasts made this week to go with their unforgettable experience of joy, fitness, friendship and love. Powered by the energy and passion of our Zumba Instructor and Zumba fans, spectators were filled up with enthusiasm and marvelous energy. Slowly and gradually people came out of their comfort zone and started dancing to the rhythm. After an hour of continues fun and dancing, the band took over the stage. The musical piece began quietly. As the string instruments plucked in unison, the brass instruments entered with a slow melody. The mood became more dramatic as it progressed. The pace became faster and the texture more intense with fugue-like entrances. The different instruments succeeded one another until they ultimately all entered in unison.The live performance of Zumba, dance, music and yoga were our highlights. Towards the end of the event, our team and the residents of Vasundhara who were part of the event took the responsibility to clean up the event ground.

The Event was a success where everybody enjoyed their weekend, but our message was delivered to only a small part of the society. We are here with a wide vision and to make it possible we need youngsters to join our cause. But due to lack of resources and promotion we were unable to full fill our major goal. It is not an easy task to organize such an event, it involved great hardship in the process. We invested our pocket money and savings of 1,14,000 /- Rupees. There was no provision of security at our event due to which we ourselves had to guard it all night for the safety of the rented equipment. Due to lack of promotion and advertisement we could gather only 200 people that daywhich was much less than our expectation. And to mention, one of the volunteer got injured due to broken entrance gate of park, falling on his leg. We rushed him to the hospital but when he saw the line of artist and audience entering to the event he was thrive with positive energy and was good to go.

We are pleased to invite you to be one of the sponsors/chief guest for our upcoming event “SWASTH BHARAT EVENT 02”. We plan to raise funds of 3,60,000/-Rupees to make it a huge success. Hoping for an affirmative response to make our upcoming events a success.