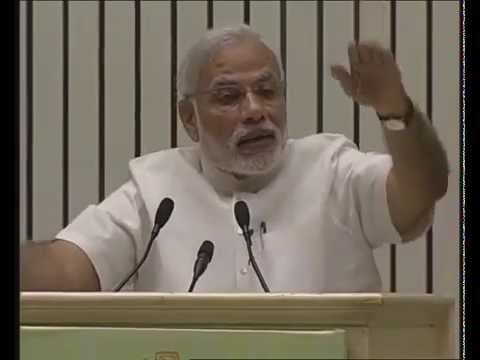 My name is SHARMITA CHOUDHURY and I am raising funds for PROJECT SAMRIDDHI - A Socio-Environmental Initiative for improving the livelihood of landless and marginal labourers working in clay brick fields of India, while simultaneously conserving top soil used for brick making and promoting the use of fly ash generated by coal/lignite based thermal power stations in its place.

The said Incubation Centre will not only facilitate dissemination of information and knowledge for promoting entrepreneurial activity in the line of manufacturing ash bricks, but provide hands-on training to the said entrepreneurs and workers (to be employed by them in future) at its own production facility in real time.

The Incubation Centre will also train and educate masons, technicians, site engineers, project-in-charge, architects, consultants and/or any other person connected with the industry sector towards greater utilization of ash based building materials.

The Incubation Centre will further educate people about the superior attributes of ash based building materials as well as create greater awareness about maintaining balance of the eco-system and preserving Planet Earth.

Presently, to start formal operations at the Incubation Centre, I need to collect Rs. 20,00,000/- (Rupees Two Million only), which will facilitate envisaged training and skill development as well as production of fly ash bricks in real time. Thereafter, the project would become self sustainable, as internal cash accruals from saleable brick stock would keep the programme rolling.

Please help me raise the required amount by sharing this fundraiser with your family, friends and contacts and/or clicking the donate button. There is no restriction on maximum amount for donation. It can start from Rs. 99/- (Rupees Ninety Nine only) and go to any extent the donor is comfortable with. While you need not necessarily donate personally, you can definitely lend your signature to the cause by sharing this fundraiser in your social circle through Facebook, Twitter, Linked In or simply email and spread the word with a request to share and/or donate. Your support will not only bring on a million smiles, but also preserve Planet Earth for your future generations.

Material science is a complex composite, arising out of in-built judgment in orienting the characteristics and constituents of various products to serve the human race and depending on the nature’s gift, tapping the same for the application of human need.

Bricks made out of clay is one such product, which proved its credence since the dawn of civilization. Brickwork is established as an age-old construction media right from the thatched house to multi-storeyed buildings. Nature’s kind-heartedness in gifting the humankind with its bountiful resources, of course, has a threshold limit and the utilization of clay has reached such a point in construction in our country. This potential resource has been over tapped, unmindful of the consequences, as a result of which (except in limited pockets of some river delta regions) barren lagoons have replaced vast stretches of erstwhile fertile land.  Added to that, soil degradation and disturbances in ecology are threatening the very rudimentary pillars of welfare.

India is the second largest manufacturer of bricks in the world producing around 240 billion bricks annually. There are around 1,40,000 clay brick kilns operating in India, which consumes more than 20 billion cubic feet of fertile soil every year. Considering a 6.60% annual growth rate in construction activity, the annual demand for walling material would increase to around 500 billion brick equivalent masonry units by 2030.

The clay brick industry employs approx. 10 million workers, though for only six to seven months in any given year. Majority of them are migratory workers belonging to most vulnerable and excluded community of Indian society i.e. Scheduled Castes and Scheduled Tribes and are mostly landless or having little amount of land that is insufficient to earn a livelihood for the whole family.

working hours. They are exposed to high concentration of dust as well. The firemen in brick kilns are exposed to high temperatures and have to work on hot surface (top of the furnace) while monitoring and regulating the fire. In many parts of the country, transportation of “green” and “red” bricks are done by head load. Generally, 25-35 kgs are carried at a time as head load. Carrying head loads on a regular basis causes health health problems. The infrastructure available in the brick kilns for the work force are extremely poor.

The first and major environmental concern is loss of topsoil from agriculture land for producing burnt clay brick. Brick kilns are mostly situated on fertile agricultural land. The usual practice is to remove the topsoil for brick making. Quite often soils used in brick making have high fertility status and their opportunity cost is also high, especially when the soil/brick earth is removed from river basins with intensive agricultural production. The removal of top soil has direct impact on agricultural crop production.

FLYASH BRICK – A Boon to India’s Society and Environment

The issue regarding the need to preserve top soil is a major environmental agenda in present time and assumes earnest importance in India in context to the potential threat on food security of the 125 million growing population. According to scientists and experts, globally the food security is under scanner mainly due to the vagaries of climate change and our
country is no exception. The loss of cultivable fertile land for the production of clay bricks further adds to the vulnerability.

As a matter of fact, this was one of the contentions of a public interest litigation filed by Centre for Public Interest Litigation, New Delhi –vs-Union of India way back in 1998, which culminated in the issue of direction on Government of India by Hon’ble High Court of Judicature Delhi in W.P.(C) 2145 of 1999 to frame suitable notification to protect the environment, restrict excavation of top soil for brick making and utilize flyash generated by coal/lignite based thermal power plants in its place.

Accordingly, the Government of India through its Ministry of Environment and Forests published a notification no : S.O. 763(E) dated : 14.09.1999 covering the issues involved, which was subsequently modified vide notification no : S.O. 979(E) dated : 27.08.2003 and notification no : S.O. 2804 (E) dated : 03.11.2009 making the production of bricks from fly ash mandatory as well as utilization of fly ash bricks, blocks and tiles compulsory in all construction works within 100 kilometres of any thermal power station (including captive and co-generating stations).

The reason and concern for restricting the excavation of top soil for brick making and promoting utilization of fly ash in its place has not diminished, but actually increased since the notifications were issued, especially in light of climate change related agricultural vulnerability in recent times. It is to be kept in mind that ours' is an agrarian country and we depend on our own production vis-a-vis food security. The use of flyash as resource, in brick making and otherwise, is also important for another key environmental reason. Normally a thermal power plant produces enormous amount of flyash as derivative and apart from being kept in the flyash pond, which often overflows, the same is frequently being used to clandestinely fill-up wetlands and water bodies mainly in the urban and peri-urban regions.

PROJECT SAMRIDDHI – A Promise to Keep

Presently, the country has more than 18,000 flyash brick manufacturing units producing between 36 to 54 billion bricks annually and providing round the year employment to four million labourers in dignified working conditions near their homes. As the labourers no longer need to migrate to far off places in search of work, their children are also able to attend regular school and avail other benefits attached therewith and promoted by the Government under its various social welfare programmes.

However, much more remains to be done for improving the livelihood of landless and migratory labourers engaged in the manufacture of clay bricks considering the sheer strength in number of such brick fields in the country. While nurturing of fresh entrepreneurs to set-up fly ash brick manufacturing units is one proven route, transformation of existing clay brick manufacturers to adopt fly ash as the raw material of choice instead of “top soil” or clay remains the other challenge. And for this purpose, a dedicated and well equipped Incubation Centre was need of the hour.

The approx.  fund assistance required initially to train and demonstrate manufacture of 10,000 pieces fly ash bricks per day on real-time basis is Rs. 9.00 lakhs per month and the same is considered on a two-month time frame, as cashflow cycle time of the product is 60 days. Thereafter, the project should become self sustainable, as internal cash accruals from saleable inventory available through demonstrative manufacture would keep the programme rolling.

Though I am an Arts Graduate having been in service with MNCs for more than one and half decades in marketing, retailing, distribution and exports with exposure to diverse sectors – from pharmaceuticals to industrial engineering, this project remains something close to my heart and I feel drawn to rescue the women, children, environment and society at large from the plight of Damocles’ sword – burnt clay brick sector of our country.

To sum up, the use of flyash in making bricks and otherwise, also mandated under Supreme Court directive, is a win-win situation for society and environment, which will not only ensure healthy livelihood for brick field labourers as well as top soil preservation and ensuing food security for 125 million growing population of the country, but also encourages effective management of flyash waste, so that it is not detrimentally used to impact environment as a whole.

Please help me raise the required as envisaged.

I shall remain ever grateful for your help!