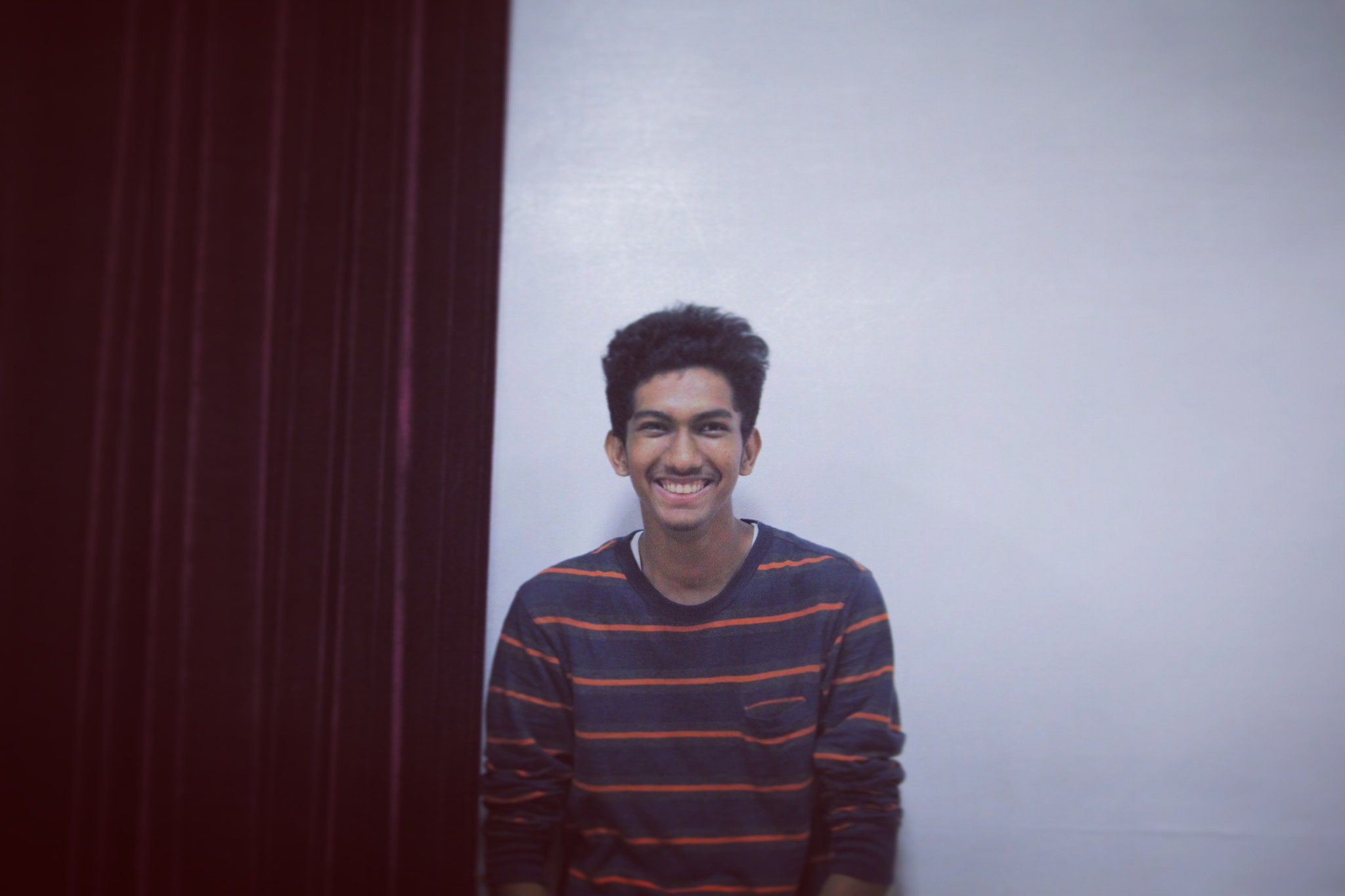 I'm Vaishnav Shravan, 18. I'm a Film Maker from Chennai, Tamilnadu, India. I'm a Visual Communication Student from SRM University, Chennai. I belief films shape society and culture so i have chose to create films which will truly appeal to the audience but truly create an impact on them.

I have worked on multiple projects before but this one is quite big and unique. My goal isn't to make an arthouse film which will only suit cinema-freaks but relate to the general audience. This will be a Tamil film with it's story set in Tamilnadu, about an independent mother Kanmani, whose irresponsible husband leaves her when he discovers she's pregnant. Alone and amidst a society which has already given her a bad recognition.

She is accompanied by her colleague Sita in her journey, who advices her to remarry so that she doesn't have to get a bad name in the society. Kanmani is rejected by many so called "Educated" hypocratic narrow minded men who give the same reason to reject her "She's pregnant and her husband left her". She then decides to grow the children on her own without having to depend on men. Thus starts the story of Kanmani.

As this will be a non - linear film, the story will be narrated from the point of view of a 21 year old, who is one of the sons of Kanmani. The story progresses with intense drama - suspense - thriller content from then on. It's assured that the film is in a proper "Artistic Yet  Commercial" content ratio! As i can't reveal more about the project here, please do contact to know more.

The team is all set for the project, we are only lagging on the production department, with proper funding we are all set to shoot the film.

About Our Business Model

As media students, we understand the production procedure of films these days. So we don't just have a script and a team, but also a proper business model prepared for the producer / investor to understand how the film will generate revenue.

We researched and it turns out that the Cinema business is big and intimidating for Independent Film Makers with it's unions and all the wallet ripping fee and rental charges that it would take atleast 30L Rupees to shoot and release a Feature Film in Theatres.

So we have chosen the Digital Platform. We are aiming at Digital Release, that is we will be releasing this film in major digital video on demand platform available in India. To give you an Examples, "Herotalkies" a Chennai based digital platform, present in over 70 countries around the world has agreed to upload our film by reading the plot, if the quality meets their standards. That (Quality) is exactly why we require proper funding to bring out the best from out team.

We are aiming at "Herotalkies.com", "TentKotta.com", "Hotstar", "Amazon Prime Video", "ALT Balaji" and several other on demand video services to take in our feature film.

If all goes as planned "Irupiravi" will be the first independent film to go digital and it will be a major benchmark! We've got all the stages of production planned - from shooting till the promotions part.

This is a big step in our lives towards film making! Contact us to know more in detail about ourselves and the project - we are always ready to explain in detail to whomever it may be! Thanks a lot from the passionate team.