People of Odisha yearn to recover from Cyclone Fani!

People of Odisha yearn to recover from Cyclone Fani! 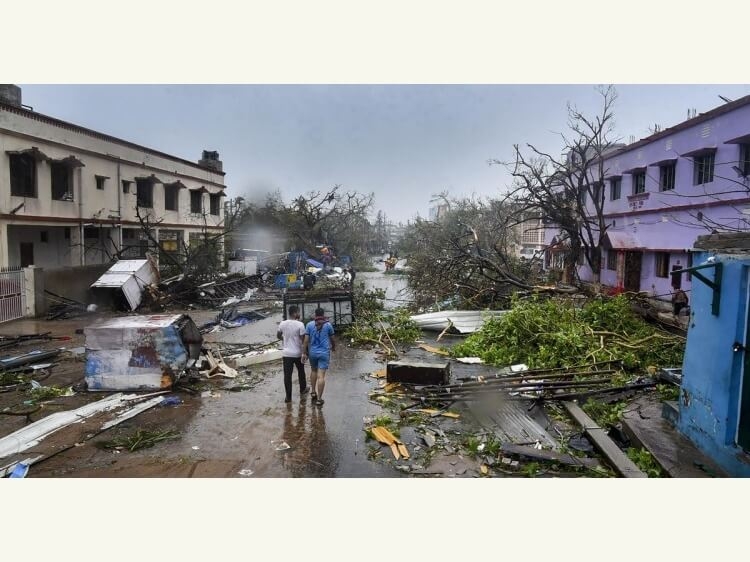 Cyclone Fani that hit the coast of Odisha at 8am this morning has created a havoc in Puri. wherein, the area near Puri is witnessing strong winds, with a couple of large areas even being submerged completely with water. Heavy rains have battered the entire coastal belt of the state leaving millions of life in danger. Timing and strength are the two major factors that have made Cyclone Fani different from most other cyclones. It has developed near the equator which has allowed it to gather massive strength and moisture as it could travel a long distance over the sea.

Several trees were uprooted and thatched structures destroyed at some places including Bhubaneshwar. It has also triggered heavy rains in parts of north coastal Andhra Pradesh, where gutsy winds with speed reaching up to 140 kmph uprooted trees and electricity poles. The devastating cyclone has already killed 3 people with the numbers that keep on increasing. The Government has implemented measures by evacuating people. People from at least 14 districts in Odisha, that are in the path of Cyclone Fani, have been evacuated which include Gajapati, Ganjam, Khurda, Puri, Nayagarh, Cuttack and so on. Nearly 11 lakh people have been evacuated in the last 24 hours.

A red alert has been issued in the coastal areas and the fishermen have been asked not to venture into the sea. Several trains all over the city have been cancelled while the Government has shut the airport. All the Government schools have suspended classes from this day on. Meanwhile, “Fani” is likely to reach West Bengal by friday evening with water logging cases being reported in Kolkata.

The Prime Minister of India, Narendra Modi made a statement “People living in the northeastern parts of the country - hundreds of thousands of families are experiencing cyclonic storm. The Central Government is in constant touch with the Governments in Odisha, West Bengal, Andhra Pradesh, Tamil Nadu and Puducherry. The NDRF (National Disaster Response Force), the Indian Coast Guard, Indian Army, Indian Navy with its full might is working with the administration.”

At ImpactGuru, we’ve always believed in the power of the crowd. We know and trust that many good people can aid Odisha during this tumultuous time. Luckily, our platform hosts thousands of good people like you, and together we can reach out to those in need and rescue them with our kindness.

This fundraiser is for you, who want to reach out and help but don’t know how to, who want to mobilize their friends, family, and network but don’t have a channel and who want to make a difference to those suffering in Odisha but can’t manage to reach ground zero.

Our people need us now and we know together, we will step forward to help.