BSJVS needs urgent help in reaching out to Tribal Areas!

BSJVS needs urgent help in reaching out to Tribal Areas! 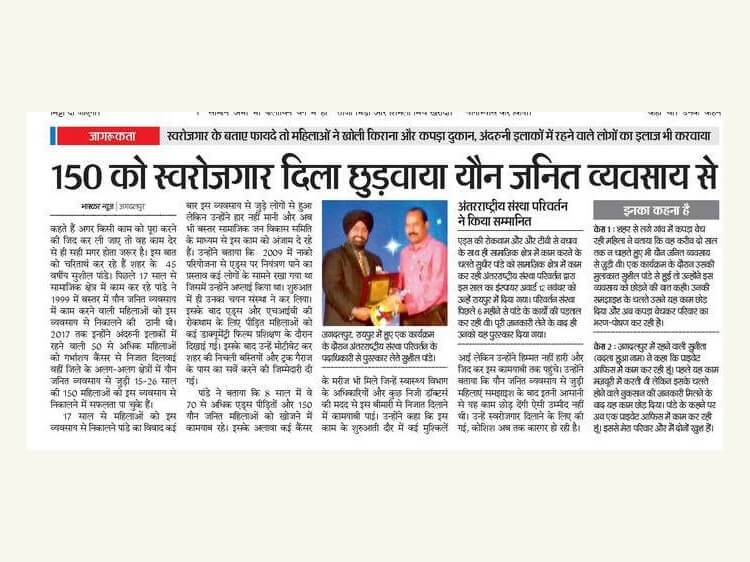 The NGO and its Vision

Sushil Kumar Pandey, Co-founder and Secretary of Bastar Samajik Jan Vikas Samiti is the campaigner for this fundraiser. Back in 2000, a seven member visionary youth group, had a vision to empower and mobilise the tribals on the outskirts of Chattisgarh and put them on a path of self-reliance. A tribal woman joined hands with this youth group and was elected as the President.  Ever since then, they have undertaken several projects along with their team of 52 dedicated workers.

This NGO is based 300 kilometers from the main city, in the district of Dantewada, Chattisgarh. Tribal women and children’s healthcare, safety and mobilisation are on top of their priority list. A system of livelihood is absent therefore they seek to promote self-sustenance through agriculture. Secondly, job skill training is provided to deviate people from the path of substance abuse and illegal activities. Apart from these, HIV aids awareness drive and testing, maternity care and health for young girls and mothers, sex education, educational vision for drop out kids are some of their many other important focus areas.

Some Projects which they have undertaken

Funded by MSDE, Ministry of Skill Development & Entrepreneurship, under a project called ‘Jan Shikshan’, 1800 people from their district were trained on various skills for a period of 5-6 months.The skills include motor and mechanics, masonry, stitching and the like. These skills are crucial in providing job opportunities for them. They have also teamed up with ‘Childline’ to assist in rescuing trafficked women and children along with providing physical and mental healthcare to abused individuals. Students in schools are encouraged to form a mock parliament where they learn and grow to be future leaders; called a ‘Bal Panchayat’. The students are even given an opportunity to chalk out their own curriculum. A very important aspect of it is that they are pushed to aid each other to continue school and check on each others’ progress. They have also formed an association of parents and teachers so that they can have better communication with each other.

A Case which stands out to Them

Recently, a girl found in Goa’s red light area was revealed to be from their district in Chattisgarh, who was tragically forced into flesh trade and abused in every way possible. Even after repeated attempts over the phone for two months, she didn’t talk at all. Finally, when she did, it was in a local dialect of a small village in Chattisgarh. They had to go deep into the forest with the girl’s picture and located her mother at last, who identified the girl in the picture as her daughter. They made a video of her parents and sent it to Goa. The girl recognized her parents and was promptly united with them. The root of these cases is again poverty. Lured by goons in swanky cars and sweet promises, the families are more than happy to send their children away with them fallen under the spell of better opportunities in cities. On reaching there, the children are abused in every way possible and in most cases are sold off. This is why it is imperative to get the children and youth educated and skill-trained for jobs so that they have something to invest their time and energy in, and eventually, become financially sustained. Bastar Samajik Jan Vikas Samiti  also help the skilled individuals to find relevant jobs.

Bastar Samajik Jan Vikas Samiti need Rs 2 Lakhs for expenditure on basic facilities such as on-field medical care, honorarium for the volunteers and advocacy for any kind of legalities. But especially for the skill training which requires about a Lakh alone. The skills include motor and mechanics, masonry, stitching and the like. Secondly, the Government has built the infrastructure for schools and hospitals but without basic facilities. This is also where they seek to capitalize their funds on. Thirdly, they want an organized system where they can have tools to track the progress of an individual. The funding is extremely sporadic and the monthly expenses are exceeding the budget by a big margin.

All contributions towards the fundraiser of Bastar Samajik Jan Vikas Samiti will be spent wisely and shall be highly appreciated. They urgently require Rs 2 Lakhs to keep up with the momentum of their ongoing projects. Please spread the word for donating towards this noble cause on Whatsapp, Facebook and any other social media.