Give Shakti to the Girl Child

Give Shakti to the Girl Child 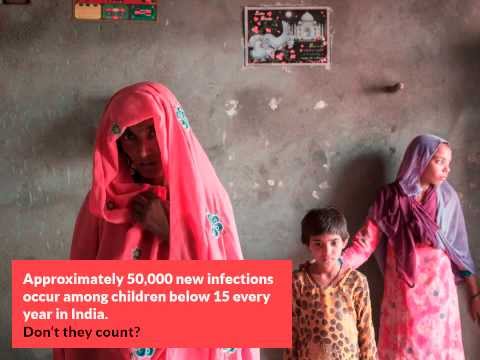 Problem:  Akshara (name changed to maintain confidentiality) is an eight year old girl living with HIV. She lost her parents to AIDS some years back, and started living with her brother and sister in their paternal uncle’s house. Her brother, who was younger than Akshara, passed away recently from AIDS. Now, she and her sister are the sole surviving members of the family. As soon as the brother passed away, Akshara and her sister were thrown out of their relative’s house as the extended family refused to support the sisters. With neither shelter, education nor nutritional support, they were left bereft and helpless. Fortunately, our Care and Support Center (CSC) in Raipur came ahead to support, and immediately they were referred to the Child Welfare Committee of Raipur and through them to a shelter home at Mana, Raipur. The CSC continually provides counselling to these girls for treatment adherence and healthy living.

Discrimination against girls in India is a common phenomenon. It is a matter of national shame that female infanticide and feticide are still prevalent in the country. As per the figures of 2011 census, there are just 918 girls in India for 1000 boys. Scientists estimate that up to 6 million girls have been aborted in India over the past decade.

The situation is doubly difficult for girls living with HIV in India. As access to services becomes difficult, higher risk of HIV-related morbidity and mortality is experienced. Many of them have been forced to become caregivers for their sick parents or younger siblings or even the head of household when they are orphaned by the epidemic, along with their younger siblings.

Solution:  End AIDS India’s partner organization India HIV/AIDS Alliance works closely with girls living with HIV to increase their treatment adherence, reduce stigma and discrimination against them, and improve their well being.

This World AIDS Day, let us together build a society wherein girl children are protected, revered and loved; a society that is truly equal.

Impact: The programme has been instrumental in ensuring that 72,801 (up to the age of 18 years) children living with HIV, of which 32,156 (44%) are girls, are able to access quality care and support services. Also among all the girls registered under our programme, approximately 80%, are being able to access education services.

Effective treatment, care, and support for girls living with HIV will not only saves their lives but will also protect the society by reducing the risk of new infections. This project will encourage health-seeking behavior among the 30 HIV+ girls.

Outcome: Immediate outcome fom this project will be improved knowledge on HIV prevention and continuum of care services among girls living with HIV, greater adherence to treatment and better ability to make healthy choices about their future. Girls living with HIV will act as change agents and volunteers in their local community thus improving HIV awareness and reducing stigma and discrimination.

End AIDS India is a national non-profit campaign by five trusted Indian NGOs that work collectively to accelerate the response to the HIV epidemic in our country. The campaign raises funding to PREVENT the spread of HIV, extend access to CARE by ensuring availability of health services for people living with HIV and EMPOWER those vulnerable and affected by the epidemic to live with dignity in an environment without stigma and discrimination.

Our Goal is to achieve Zero new HIV infections, Zero AIDS-related deaths and Zero stigma and discrimination for people living with HIV by 2030.