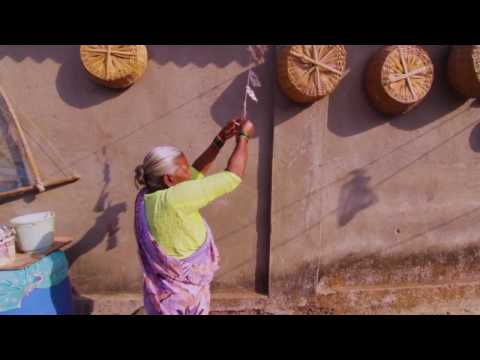 Every morning around 5 am, Pamela Chatterji of Kausani, Almora in Uttarakhand sees groups of women moving around the natural forestland of the area collecting dry twigs, branches and other wood which can be used as fuel in their traditional stoves. They then bundle it all up and balance it on their heads, trudging back home for a full day of cooking, which involves sitting in front of a chulha, inhaling copious amounts of smoke and other particulate matter.

Over 75% households in Almora (80% of rural India) still cook on traditional mud stoves (chulhas) using firewood. The smoke emitting from these fires is responsible for over 8 lakh premature deaths in India alone and is the #1 health risk for women and children in Asia. It is also one of the largest contributors to black carbon emissions that cause global warming.

Pamela wanted a clean cooking solution which would not burden the women with expensive purchases, but still provide health and environmental benefits. This is when she heard about Uttarakhand Rural Energy Development Agency (UREDA) implementing the Government's Unnat Chulha Abhiyan Scheme, under which beneficiaries would receive a subsidy on purchase of Greenway Smart Stoves.

Under the scheme, these women will receive a subsidy of INR 300, which would mean a cost of INR 1000 to them. Unfortunately, this paltry amount is also not something they can easily cough up (pun not intended). As the clean cook stove supplier, Greenway has undertaken the responsibility of transportation, distribution, and demonstration of the stove, while also providing a discount. As they cannot receive the stoves for free, they will now shell out INR 300 per stove, which leaves a gap of INR 700.

Greenway is undertaking this crowd-funding on behalf of Pamela, who is coordinating  this whole exercise. She has a vision of distributing clean cookstoves to a 1000 families in Almora. Through this initiative, she hopes that at least a 1000 people will contribute INR 700 each, entirely changing the lives of Kasauli village. Gift a Stove now, for happier, healthier lives!