How Crowdfunding Works In India vs the West: Key Differences And Similarities

We’ve heard enough about Zack’s potato salad.Today, there are a thousand other cool, wacky, quirky crowdfunding projects that continue to make you drop your jaw in disbelief. And then there are some that make us slap our palms to our face (and still somehow get funded)!

How crowdfunding works in India differs wildly between the West and East. Though little is known about them, Asian crowdfunding platforms aren’t far behind their western counterparts. In fact, many of Kickstarter’s seemingly western fundraisers are Chinese startups disguising themselves to gain traction!

Indiegogo and Kickstarter continue to bask in the limelight. Guess who raised US $2.8 million on Indiegogo? Ice munchers. That’s right. A campaign that raised 1700% of its goal in 2015 on the platform was to make nugget-sized chewable ice.

Crowdfunding in India on the other hand, struggled with dubious donors for years before the concept was finally trusted by donors and campaigners. Still, there are thousands who think twice before supporting the treatment of a child with a life-threatening disease. In India, the most funded fundraisers are for healthcare.

A campaign for Riaa Kulkarni, an 8-year-old diagnosed with brain tumor, raised Rs 50 lakh over the last two months, on our platform. 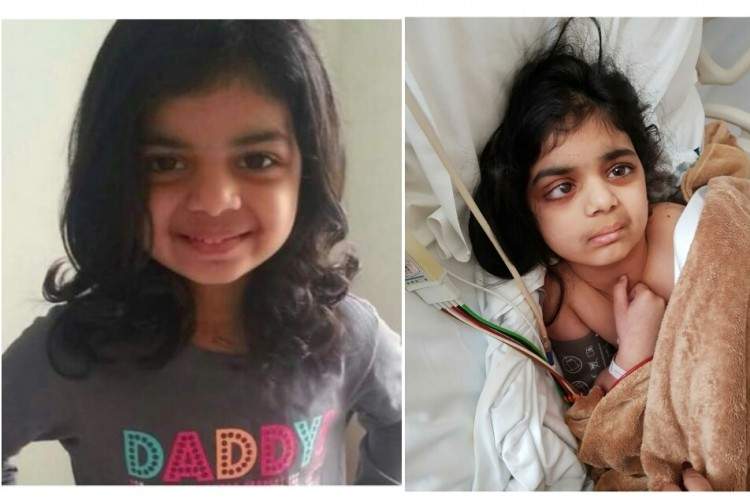 It’s clear that Indians value healthcare above any other cause and our counterparts in the west (mostly Americans) are all about the craziest and coolest ideas that one can bring to the table. Why are the two regions so different when it comes to causes that attract people?

Of course, when you look at fundraising in India and the US, the major reason for the differences in the kind of causes that attract donors is plain: the poverty level that grasps the country.

India’s poverty line is already a pretty low line by global standards. With over 23% of India’s 1.3 billion citizens huddled under this poorly placed line, corruption, low standards of living, illiteracy, debt and other crippling problems have caused us to be wary of how we give. As a result, the causes we cater to are based on sheer necessity.

Hence, healthcare is the primarily funded cause. After years of Indian platforms catering to medical causes, many hospitals across the country now have tie-ups with crowdfunding platforms. A life or death situation is the deal breaker for many donors across the country; if a person isn’t in immediate danger, most donors would simply ignore an appeal. Today, organ transplant procedures and cancer treatments comprise most of created medical fundraisers in India. 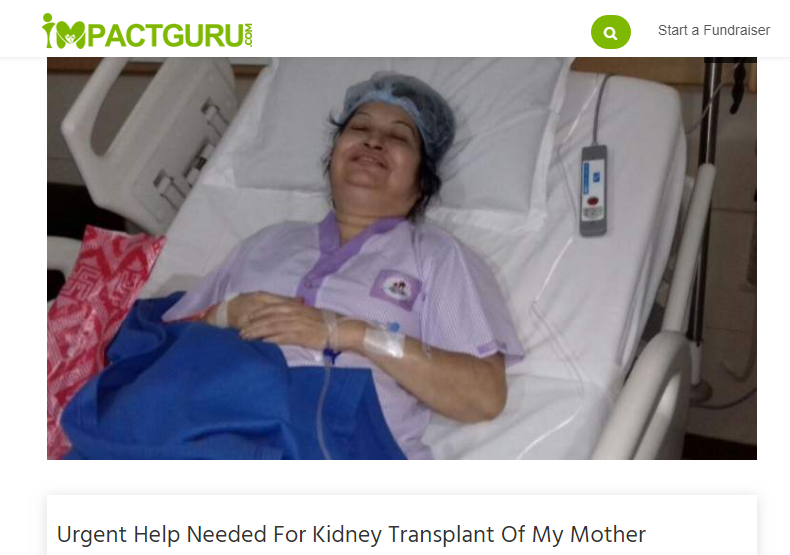 Social causes are the second most funded in India, with education and children at the top of the list. Child Rights and You is an NGO that has run multiple fundraisers with us for malnutritioned children. Women, water and sanitation are some other causes that are beginning to pick up pace in the fundraising sector in India. Though dozens of other problems plague the country - mental health and abuse to name a few - a lack of awareness (and the intimidating magnitude of the problem) pushes these aside to let underprivileged students and children take the limelight.

In the US, though healthcare costs are an increasing concern for Americans, the most popular fundraisers surprisingly still focused on unique, innovative projects and startups with new age ideas for the longest time.

In fact, both Kickstarter and Indiegogo’s top funded campaigns remain gadgets like a palm-sized drone that shoots HD videos and a cooler than can blend smoothies and margaritas. The most funded Kickstarter campaign still remains the popular Pebble, a smartwatch for Android and iPhone users.

In recent times, however, healthcare crowdfunding in the US has begun to pick up popularity. With 10-minute ambulance rides alone costing Americans as much as their monthly rent, Americans have no choice but to appeal to their family and friends to help out in their time of need.

The donor approach: to trust or not to trust

Don’t get me wrong; giving is a rampant culture across India among the more privileged. We are brought up to be thankful for what we have when everyone else has so little. This means we’re also often encouraged to be kind and to give back.

However, poverty pushes people to turn to desperate measures, and many “NGOs” are assumed to run scams to cheat donors of their money. This puts the real heroes in the dark. They are often mistrusted or ignored, despite their hard work.

This is where crowdfunding comes to the rescue! Every nonprofit that starts a fundraiser on Impact Guru is asked for their documentation, including FCRA and an 80G, if they have one. They are also able to raise awareness about their cause to a much wider audience.

However, in the west, donors are far, far more trusting of platforms, campaigners and their intentions. In fact, a problem commonly faced by many Kickstarter campaigners is overpopularity; so much that they wrote a blog on what to do when your fundraiser spins out of control, with 100,000 backers when you expected 1000!

Such a fundraiser is sure to be laughed at in India, let alone raise US $55,000.

The process: guided vs DIY

Perhaps it’s the lack of widespread technology and education that’s holding us back, but most Indians (who aren’t living in urban areas or from a high income family) are still unable to comprehend the workings of the crowdfunding world. When we think of finances and funding, the first thing that comes to our mind is the unwelcome idea of a loan and paperwork. Hence, we’re not yet the best at making the ideal appeal or figuring out how to reach an audience, when it comes to crowdfunding in India. Crowdfunding in the west has been around for over a decade - and it has also been a widespread idea since its early days.

Therefore, the process of crowdfunding is usually a highly guided process in India. Platforms like ours are aggressively seeking out people in need, taking the time to educate them about our concepts and even personally helping them run their fundraisers nearly every step of the way. We’re also constantly working on our storybuilder, in an effort to help our campaigners make the best appeal they possibly can through AI.

Even when Indian crowdfunding campaigners make a great appeal complete with imagery, they often need to resort to help from paid marketing to be able to get the support they need to save the life of a loved one!

In contrast to fundraising in India, the process is far more effortless in the US. Not only are more people easily willing to donate to more kinds of causes, but making an appeal is a simple process as well. Zack’s potato salad campaign literally kicked off with an appeal that simply said “I’m making potato salad.” and later expanded to include rewards and future plans.

There are more successful crowdfunding campaigns for women and sanitation today than there were a year ago. Social media trends like #MeToo, Women’s Day, Menstruation Day and more are possible fuel that have encouraged urban youth to use the same media to propel not only awareness, but change as well.

Healthcare was the majorly funded cause (and possibly, still is) but with more companies turning ethical and expanding their CSR initiatives, and more youth growing concern for different social causes, I believe the future of fundraising in India holds much potential and possibility in an ideal world, hospitals, corporates, social enterprises, individuals and crowdfunding platforms would unite to solve the problems that plague our nation, because that’s a task that can get done only if 1.3 billion of us take the needed efforts.

If you have any feedback, reach out to us at [email protected]