In search of a long-term financial solution for healthcare, we explore why Indians are choosing to raise funds for medical bills through crowdfunding over traditional ways like medical insurances or loans

Where loans and insurances are turning out to be tedious solutions to tackling medical expenses, people are turning to alternative methods like crowdfunding. Indians have finally found a practical solutions to the eternal question of “How can I raise money for medical bills” (which incidentally is one of the most googled questions when it comes to medical financial aid). 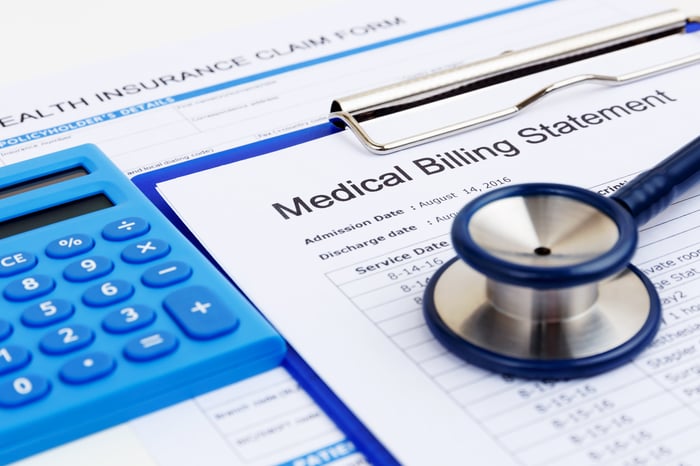 So we’re taking a deeper look into the impact of medical bill fundraising across the Indian spectrum.

Recent findings by The Lancet have suggested that India ranks 154 out of 195 countries in accessible healthcare systems as of 2017. That is a significant drop in rankings when compared to the the WHO report in 2000, where India stood at 112 out of 190 countries on the healthcare index.

On the other hand, the healthcare sector in India is one of the largest in the world in terms of revenue generation and employment. In fact, with a 16.5% annual growth rate, the healthcare industry is estimated to touch $280 billion by 2020.

Yet some hard truths remain unchanged

70% of the Indian population has little or no access to proper medical facilities like hospital or clinics. India has the lowest per capita healthcare expenditure in the world which forces people to pay for medical expenses from their own pockets.

You’d be surprised to find that 62% Indians have to deplete their savings if a medical emergency arises. Government run facilities are lacking in quality and infrastructure and a majority of the population cannot afford private health care. And, only 10-15% of Indians are rescued by insurance plans during the time of emergency. Why should Indians choose raising funds for medical expenses?

There is a stark imbalance between rural and urban medical facilities

70% of the Indian population lives in rural areas. It is safe to say that this contrast can be associated to the inefficiency of delivery and distribution of healthcare in India, which is categorized between public and private facilities.

In most of these rural areas, health care facilities are government aided, and are limited to secondary and tertiary institutions that offer only basic treatments in their hospitals and clinics.

As a result, the greater majority of the rural population turns to alternative medication and cures for illnesses that may not have scientific proof of effectiveness.

A stark contrast is the urban metros, tier 1 and tier 2 cities that have a high concentration of privatized institutions with highly trained medical professionals, advanced medical equipment, and specialized treatments. According to an article by The Hindu, only 12% of the urban and 13% of the rural population had access to insurance cover. Households at the bottom of the financial pyramid are the ones that are less aware of health insurance, and those that are aware of it, steer clear because of the unaffordability.

Majority of the insurance in rural areas are government-funded schemes, rather than private insurance companies, who have showed little standing in lesser developed parts of the nation.

Moreover, an average insurance policy would only cover Rs. 5 lakhs - an amount that wouldn’t nearly cover serious medical expenditures such as cancer treatment, surgeries, or transplants. Here is a comprehensive infographic to validate the same. Poor insurance coverage and coupled with small budgets for public healthcare facilities are increasing the disparity between urban and rural populations. A Techstory article states that India spent only 30% of the budget allocated to healthcare in the last financial year.

China spends 5.6 times more, the US 125 times more than India. Even though the 2017 union budget increased expenditure towards this sector from INR 39,879 crore to INR 48,878 crore, most of it have been allocated towards human resources and medical education.

It is the infrastructure in lesser developed parts of India that needs to get more attention, not only in terms of hospitals and clinics, but also basic sanitation facilities that would automatically reduce the number of communicable diseases. Health concerns like malaria, tuberculosis, HIV, and under-nourishment, are still critical medical issues that we face. 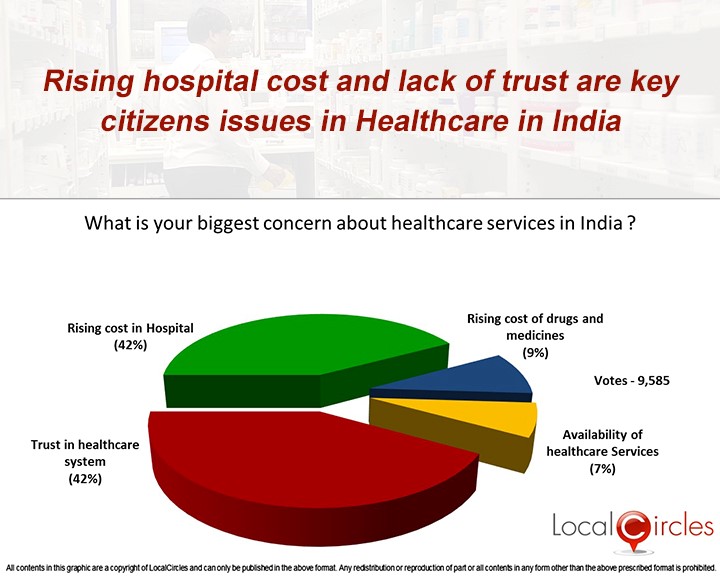 The primary method of meeting all medical expenditure in our country is from personal savings or out-of-pocket savings. It is interesting to note that despite having to spend from their savings, a growing number of individuals opt for private healthcare.

The main reason is the dismal quality of treatment, outdated equipment, and non specialized treatments. But what is the immediate result of it? Most of the people who cannot afford private hospitals (based on their annual income) resort to taking loans, which leaves them with large debts that need to be repaid.

Crowdfunding then, becomes an effective remedy to deal with the piling medical bills... In the quest of finding other sources to pay for their medical expenditure, alternative methods of fundraising for medical bills, like crowdfunding, have seen rapid growth in India.

While most patients and their families waste precious time running behind banks and insurance companies to get treatment, some have started opting for crowdfunding, that allows them to raise money from their friends, family, and various networks online in a quick and easy manner.

And its working very well..

Take for instance little Ahanti, an 8-year-old girl who was diagnosed with dilated cardiomyopathy. Her cardiologist said she would need to undergo and urgent heart transplant in order to live,that would cost Rs. 25 lakhs.

Coming from a middle-class background, arranging such a huge some of money so quickly was unthinkable for Ahanti’s father Kuldeep. Even though there was some initial reluctance to give online medical fundraising a shot, he opted for it.

To his complete surprise, he received donations and blessings from strangers across the globe, helping him comfortably surpass his goal amount of 25 lakhs. He was able to raise Rs 26 Lakh  from 736 donors. You can read about Ahanti’s journey in detail here. Another incredible story is that of Abhijeet, a 26-year-old who was diagnosed with a rare condition called Guillain Barre syndrome, where in his own body’s immune system would attack it’s own nerves, leading to rapid paralysis through his entire body.

The heart-breaking irony of it all is that Abhijeet has been a passionate dancer right from his younger days, but his disease left him in a hospital bed.

Knowing that his family wouldn’t be able to afford the necessary treatment estimated at Rs 10 lakhs, he was about to lose hope. It was his dear friend and colleague Anand, who started a fundraiser to help him get treatment.

The speed at which the funds started pouring in was miraculous! In just 26 hours they raised Rs 11 Lakh.

Instances like these clearly point towards the success of fundraising for medical bills in India, to cope with the high costs of medical treatments and helping patients get adequate care.

There is no one solution to the severe challenges in India’s healthcare system.  A combination of government intervention, improved facilities, and larger budgets, is the first step forward.

In the meantime, alternative fundraising methods like crowdfunding are providing relief to low income populations with high medical expenditure.