Can’t tell real news from fake news on Whatsapp? We are here to help

We tell you how to identify fake news on Whatsapp. Read before you fall prey to another Whatsapp hoax!

Do you recall coming across a story through Whatsapp, claiming that Akash Ambani’s wedding card was made in gold, worth Rs. 1.5 lakh? And what about the one which spoke of a girl undergoing 50 surgeries to look like Angelina Jolie?

We bet you were freaked out when you saw that viral video of the seven-headed cobra right? And some of  you might have sympathized with the deer who “sacrificed” her life and let herself be eaten by two leopards, to protect her baby; the lady who captured this photo was said to have “entered depression,” after witnessing this heroic act. 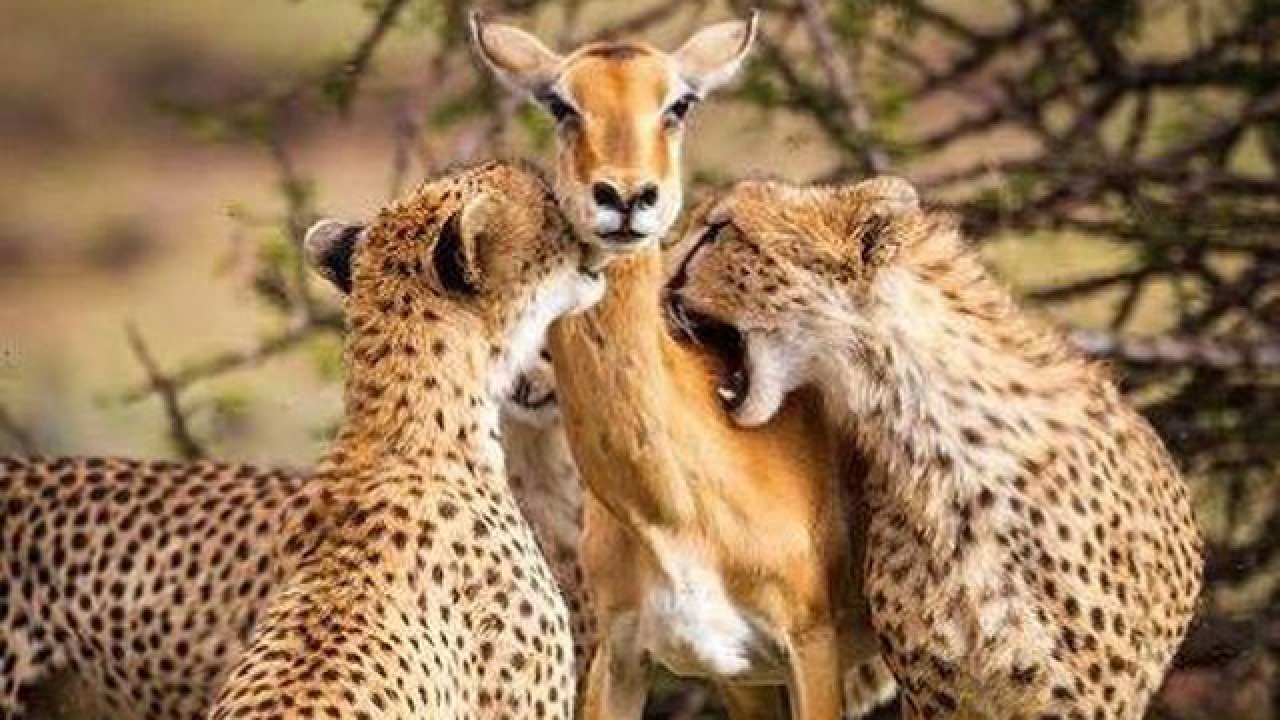 By now you must have figured out, that these news items were FAKE and doctored with some hands-on tools. But because we saw most of them on Whatsapp, we fell for it didn’t we? Whether we like it or not, Whatsapp has become our go-to-platform for everything.

Need to reconnect with your family? There’s a Whatsapp group for that. Need to catch up with a friend? Send a quick Whatsapp text and you’re good to go. Need to brainstorm on ideas for your company’s growth? Post it on your Whatsapp work group!

India is one of the biggest users of Whatsapp, with 300 users on it. This app controls each and every aspect of our life today. If a message is circulated saying Mumbai is on a red alert due to heavy rains, most of us will forward it, thinking we are protecting our loved ones. Guilty, are we? And how do you feel when you step out the next day, with the sun shining brightly in your face?

While most of us have used this app to forward memes, gifs, interesting facts etc. to provide escape to one another from adulting, some of us have used it to spread terror, unintentionally or otherwise. Whatsapp has come under fire for catering to forwards that spread the wrong message and create a scare amongst citizens.

The impact of fake Whatsapp messages

In a recent incident, two men were lynched by a mob of 16 men in Assam, after being suspected as “child kidnappers.” A Whatsapp message was circulated all over India, claiming that children were being kidnapped and citizens should be on the lookout for the culprits. As a result, strangers are being attacked. This recent Whatsapp message has resulted in lynchings of 17 people in the past three months including the lynching of a 55-year-old woman giving sweets to children, a man tied with a rope and beaten to death by cricket bats etc.

A few months ago, several pro-government websites and TV channels carried a story stating that popular Indian novelist Arundhati Roy had criticized the Indian Army’s presence in Kashmir’s disrupted territory that is claimed by both India and Pakistan. This news pieces resulted in nationalists lashing out at Roy and spreading hate. Roy however clarified saying that she never said India was controlling Kashmir.

Kerala floods Whatsapp news- to believe or not to believe, that is the question.

A hoard of messages and videos are being circulated on Whatsapp, carrying bizarre updates, that are being considered true by some citizens. Some of them are as follows: 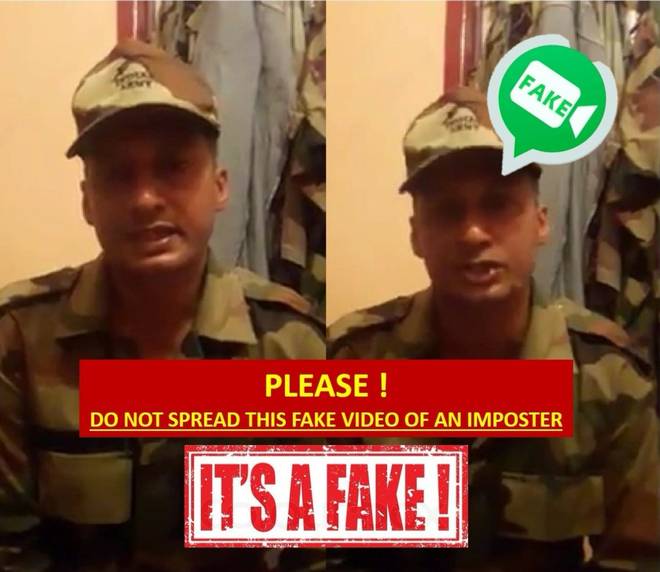 Fake news 1: A video of a man was being forwarded on Whatsapp, in which he is seen posing as an Army officer and criticizing the Kerala government’s efforts in providing relief to flood- affected victims. He even goes on to say that the relief operations should be handed over to the Indian Army entirely. The Additional Directorate General of Public Information, Indian Army took to Twitter to warn citizens against this fake video.

Fake news 2: There was news that Onam was cancelled in Kerala. However, the truth is that the Government has postponed their own celebrations of the festival because of the rescue and relief operations. 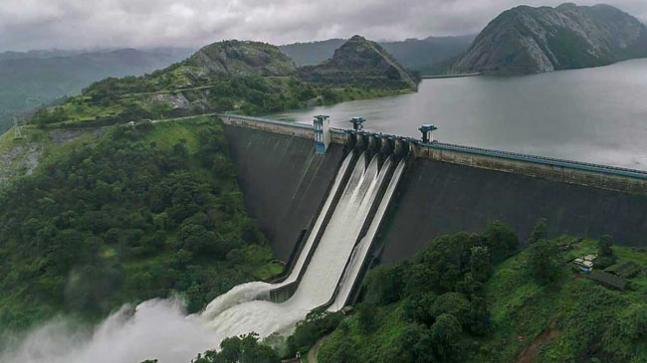 Fake news 4: Kerala’s The state electricity board KSEB will cut off power completely. The truth: The employers are working relentlessly to restore electricity. They have however cut off electricity for the time being, in some parts to avoid electrocution. 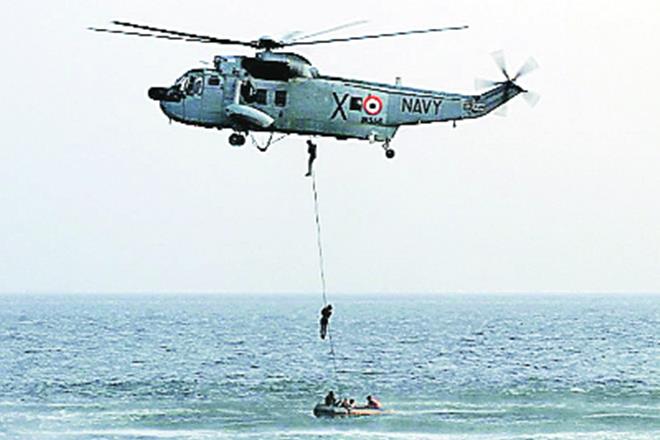 All these news pieces were clarified by journalist Faye D’souza, whose team cross checked the facts with all the concerned authorities.

Other hoax news pieces that did the rounds on Whatsapp: 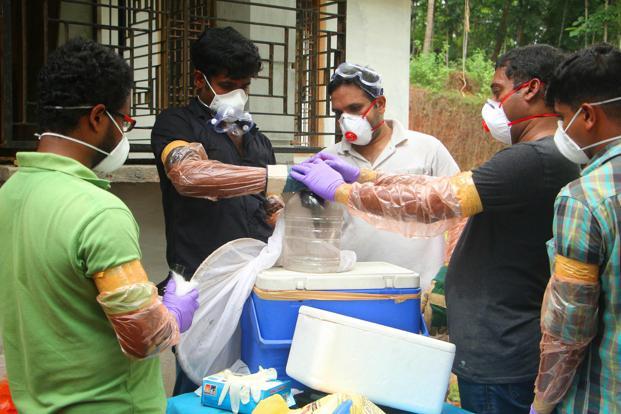 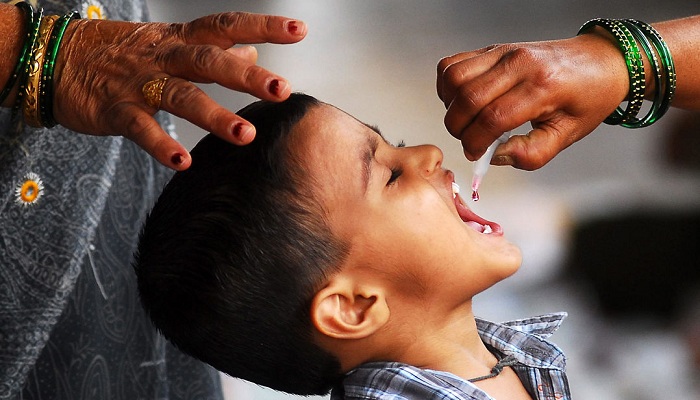 What authorities are doing to curb this problem

What YOU can do

While the big wigs are working on making Whatsapp safer for usage on a macro level, we as citizens can do so, on a micro level by being more aware, and following simple steps in verifying whatever content we come across. They are:

Don’t believe what you read: This is the first and basic step. Always be skeptical of whatever content you receive especially the ones with very catchy headlines and appealing images. These fake news pieces are made in a way that can grab your instant attention and get you to click on the share button. Be alert and ask yourself, “Is this really true?” 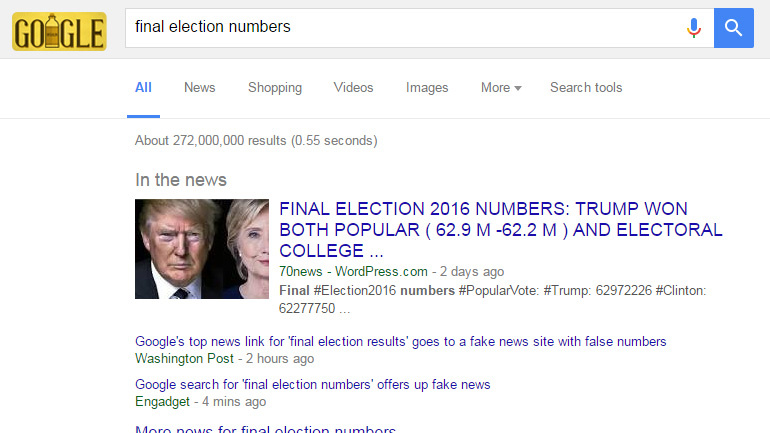 Always run a Google search of the news item you come across. Use the keywords and look for Google results. If there are many based on your keyword search, you know that the news piece is most likely true, since it’s being reported everywhere. If not, you know someone’s trying to hoax you!

Check the URL: Make it a point to check the URL in the story or the domain name. More often than not, fake news pieces have outlandish domain names, that you can lookout for.

Use tools to identify fake photos:

It’s very easy to photoshop images today, to the point that they seem more real than original photos. However, there are tools such as Fake Image Detector, Google’s Image Reverse Search, TinEye etc, that can help you detect fake images. 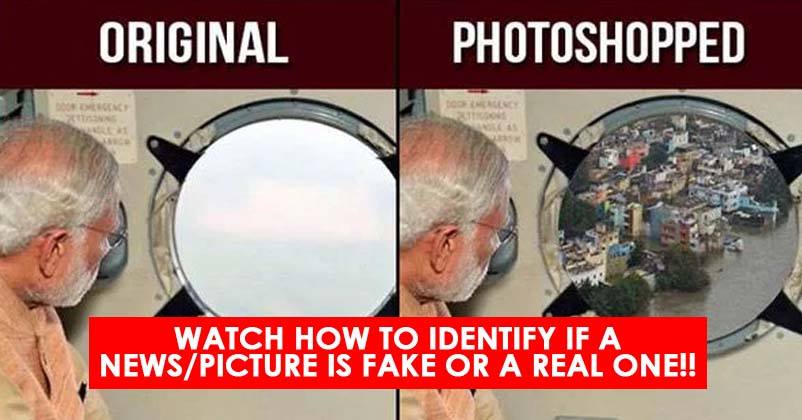 Use fact-check organizations: Have you received messages saying, “The earth will come to an end in 2019 on December 24,” or “Stop eating x and why, it can cause cancer?” The first thing that you should note is that messages predicting the future or causing a scare, are mostly fake. Either way, if you still wish to verify them, go through fact checking media organizations such as SM Hoax Slayer, Alt News, Boom Fact Check that constantly notify readers about fake news.

Call out fake news and ask others to stop forwarding it: This is an important step for you to take, if you wish to curb the spread of false news. Notify your friends and relatives and discourage them from sharing it amongst their networks.

The world has become more virtual and it’s easy for us to rely on information that is exchanged on Whatsapp  as well as social media platforms such as Facebook and Twitter. However, if we act smartly and become more aware about the harm that fake news is causing us, we can help control the problem with these simple steps.

So now that you have a better idea on how to identify fake news, how about a fun game? Can you tell which of these headlines are fake and which ones are real? Have a look:

1: Beware! Watching The Lunar Eclipse After 9PM Can Make You Blind!

3: Priyanka Chopra To Have A Special Appearance In Sister-In-Law Sophie Turner’s Show Game Of Thrones

4: Did you know? The American Flag Was Designed By A High School Student

(Scroll for answers below)

3: If you believed this one, please go and read this blog again....

4: Strangely enough, this is true.Go Google it!

So are you all set to call out fake news now? Go get’em!

If you have any feedback or comments related to this article, please reach out to us at [email protected]