Bone marrow transplant fundraising is an effective financial solution for families who can’t afford the high cost of surgery. Learn how these kids succeeded at it!

Extensive chemotherapy and radiation cleansed little Aadya’s blood off the abnormal cells that was causing her to get sick and putting her life at risk. But only 5 months later, the acute lymphoblastic leukemia had relapsed, and this time, a bone marrow transplant was the only thing that would save her.

What is bone marrow transplant surgery?

Aadya’s family was distraught when her symptoms started to show again, but they were even more distraught over the fact that they may not be able to get her the BMT surgery she needs, as the cost of the surgery was far beyond their means. All their savings had already been depleted in her initial rounds of chemotherapy. A bone marrow transplant that cost Rs. 25 lakh, seemed unimaginable, but losing their daughter to the disease was worse. Aadya’s parents were prepared to do whatever it took to arrange funds for her surgery. But the problem was that they had to do so in less than a month, which is the timeline the doctors suggested as the safest way out.

As they helplessly sought ways to consolidate 25 lakhs in a month, they chanced upon the concept of cancer crowdfunding. Upon further research, they discovered how many other children like Aadya also suffered from blood cancer, and had received financial aid through cancer crowdfunding. Even though this was unchartered territory, they were willing to give it a shot if it meant saving Aaday’s life.

Aaday’s father Suresh got in touch with the Impact Guru team who assisted him in setting up the online fundraising campaign that would go on to save his daughter's life. He dedicatedly followed all the suggestions for planning a cancer fundraiser, and ensured to share it on social medical with his family and friends. After the 30 days that followed the launch of little Aadya’s campaign, things were looking up - they had already raised Rs 15,76,293. Aadya received her bone marrow transplant surgery successfully, and their family was able to do so without borrowing from friends and family, or drowning in debt. The challenges of getting a bone marrow transplant in India

The Marrow Donor Registry of India (MDRI) was setup in 2009. It wasn’t until 2015 that it finally crossed 25,000 registered donors. Though it may sound promising, it’s important to note that approximately 45,000 children are diagnosed with blood cancer in India each year. In addition, there are other blood related disorders too, that might require sufferers to have a BMT surgery. With such statistics, finding an unrelated donor match is a one in a million chance.

But that isn’t the only challenge that people seeking BMTs face.

Another major concern is the cost of surgery. In most cases, the diagnosis procedure itself can go upto a lakhs of rupees. The average cost of a bone marrow transplant in India is Rs. 24 lakhs to Rs. 30 lakhs. While the average income of an Indian home is Rs 13,000. How then, must the family of a sufferer arrange funds for a surgery this expensive? The fact is that loans and medical insurances only serve as a solution to few in India.

Only a minority actually have medical insures, and even those that do, may not be able to cover the cost of a bone marrow transplant through it. Loans on the other hand, call for prolonged processes of application, awaiting approvals/ rejections, and if approved, waiting for the loaned amount to be transferred. Patients like Aadya don’t have the liberty of time, rather they’re fighting against it. In another example of the financial struggles that families of BMT recipients face, is Ajeetabh, lovingly known as Vicky.

Vicky was diagnosed with a rare type of blood cancer, and needed extensive sessions of chemotherapy and radiotherapy as part of treatment. Since they came from a background of limited income, the cost of treatment was too much for the family. So they had to resort to borrowing from friends and family. While they are incredibly thankful for the generosity of loved ones, their financial problems had only just begun. It turned out that chemotherapy and radiotherapy was not enough. His cancer had reached a very advanced stage, and the doctors concluded that the only way to save his life is by doing a bone marrow transplant. The estimated cost of the surgery, oncologist’s fess, hospital charges, tests, and medications was Rs 50,00,000.

But not all hope was lost.

Vicky’s uncle who was familiar with crowdfunding, started a campaign on Impact Guru with the hashtag #cancerfree. Friends and family alike, started sharing this on Whatsapp to reach out to as many people as possible. Just one month into their campaign, they had raised over Rs 12 lakhs through online donations. Yes, this is still far from the amount he needs for the transplant, but it is a step in the right direction, and the only silver lining in ano otherwise hopeless financial situation.

Pediatric blood cancers in children are on the rise

Approximately 80-85% of all child cancer cases take place in developing countries. Owing to a sizable Indian population, we bare the majority of the percentage of these cases, and leukemia or blood cancer is the most common cancer diagnosed in children. It is however, promising to know that the success rate of treatment of pediatric cancers is 70-75% in some cancers, while it is 90-95% in others. However, the problem that India continues to grapple with is in the accessibility of cancer treatments. The reason for this can be attributed to several factors:

On our crowdfunding platform too, we see a lot of campaigns to raise funds for children with blood cancer, and those who need bone marrow transplants. Needless to say that some campaigns fail, while others succeed. We’ve observed that when campaigners are actively involved in promoting the campaign and spreading the word about it, is when they raise the most funds. Take the example of Shreyash’s campaign (below) which was a roaring success. Such campaigns may give bone marrow transplant fundraising ideas to future campaigns, should they ever need to raise funds for it. Shreyansh was only 4-years-old when he was diagnosed with Neuroblastoma. Stage 4 is a highly advanced stage of cancer, one where treatments tend to get more aggressive. Imagine a 4-year-old having to go through extreme treatments in hospital to fight cancer at such a tender age. The doctors urged for a bone marrow transplant. Shreyansh’s father Sanjeev took the decision to attempt cancer crowdfunding for the upcoming medical bills, and set up his campaign with Impact Guru. You’d be surprised to find that he raised almost double his target amount in less than a week of launching his campaign. Here’s what helped him raise funds so fast:

Just like Aadya, Vicky, and Shreyansh, many other children in India are facing similar medical struggles with cancer and BMTs, while families are struggling to pay for treatments associated to it. In the same way that cancer crowdfunding has benefited Aadya, Vicky and Shreyash, it can help overcome financial struggles for many more families in India suffering the same fate. 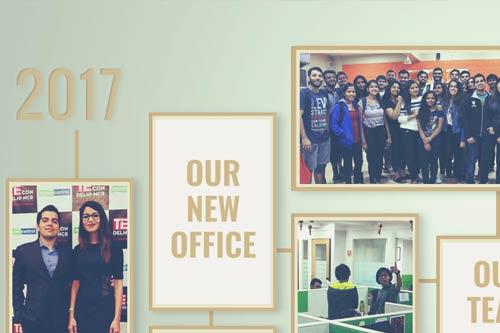 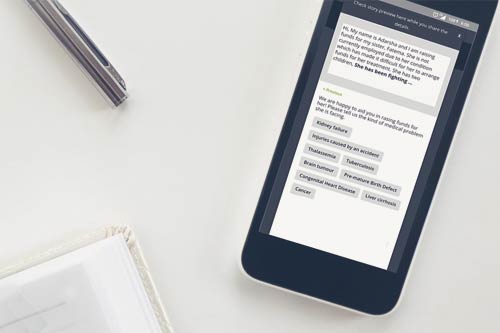