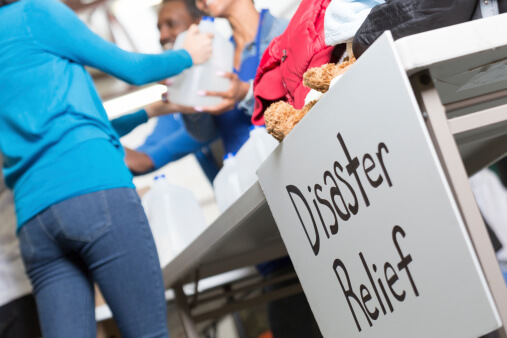 The Volcano Eruption In Tonga And Disaster Relief Crowdfunding

The kingdom of Tonga received global attention due to a violent eruption of an underwater volcano on January 15, 2022. The volcano consisted of two uninhabited islands, Hunga-Ha’apai and Hunga-Tonga, situated at about 100m above sea level in Tonga’s capital, Nuku’alofa. The volcanic eruption is recorded to be the biggest in 30 years. It caused waves as high as 1.2 meters to hit the capital Nuku’alofa while rocks and ashes fell from the sky. So deadly was the eruption that it was heard in, as far away as Australia and New Zealand, causing tsunami warnings across the Pacific!

According to the Tongan government, the unprecedented disaster has caused three casualties so far. The UN humanitarian coordination office reported that on the main island of Tongatapu, around 100 houses have been damaged, and 50 completely destroyed. The WHO reports that the Tongan Government reacted quickly to the crisis, deploying a warship to the Ha'apai islands, with an emergency medical team, ready to help the injured. The emergency relief work is being coordinated by the Pacific Humanitarian Team (PHT), which connects UN agencies, the Red Cross, and international NGOs, to provide support to the Tongan Government.

Many other countries have extended their support to the kingdom of Tonga in these difficult times. “All of us here at WHO, and in the broader UN family, are thinking of Tonga right now and doing what we can to support the government’s response efforts,” said WHO’s Health Cluster Coordinator for the Pacific, Sean Casey.

During times of disaster, it is the collective spirit of people situated within the affected place that drives monumental breakthroughs. As social beings, we are inherently motivated to carry out our ethical responsibility and respond with compassion and empathy to help those around us in any way we can. This power of the crowd is often efficiently channeled through crowdfunding. Any individual, community or NGO can start a fundraiser on online crowdfunding platforms such as ImpactGuru.com to raise funds for first aid, clothes, food, access to healthcare, and other necessary resources. This type of crowdfunding is also known as Disaster relief crowdfunding.

Also Read: Here’s How Crowdfunding Can Help You In Disaster Relief

Disaster Relief Crowdfunding And Its Impact

The post-disaster period is extremely time-sensitive. It becomes important to provide the right help at the right time. Raising funds through Disaster Relief Crowdfunding can help the people in need especially those belonging to a more vulnerable socio-economic status.

In 2020, the entire world witnessed the catastrophic effect of an unprecedented disaster in the form of Covid-19, a plague that continues to affect the global population. Online crowdfunding in India helped several generous donors, changemakers and well-wishers find causes that they resonated with, and come together to help each other during this time.

Even if we cannot control or eradicate natural disasters completely, we can collectively respond to them in the best way possible with the means that we currently possess. You can extend your support to various such fundraisers on ImpactGuru aimed towards food distribution, elderly support, oxygen supply, free medical supplies, and many more. After all, a resilient society requires collective efforts from all individuals in the community!

You Can Also Read:

The Role Of Crowdfunding In Providing Disaster Relief In India

Raising Money For Your Fundraiser Is Easy With These 10 Crowdfunding Hacks!