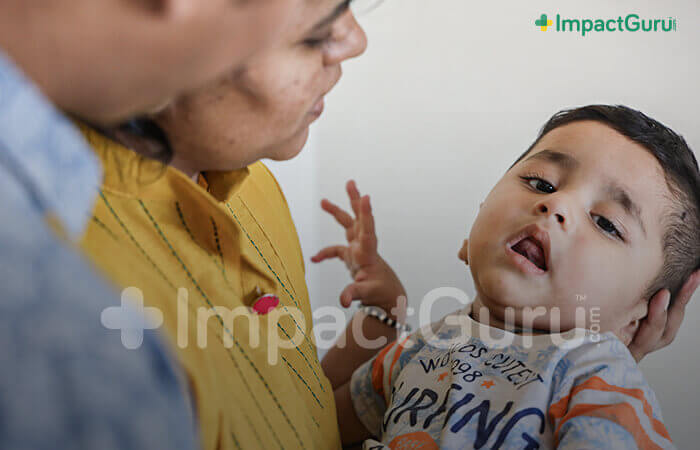 Our Donors Can't Get Enough Of These People And Their Stories

Arranging funds for medical treatment can be quite a task. More so, when treatments for some diseases set a patient back by crores of rupees. These treatments are life-saving and yet impossible for most patients and their families to afford.

Over the past few years, donors on Impact Guru have helped patients raise funds successfully for treatments of Covid-19, Mucormycosis, cancer and organ transplants with the support of donors from all over the world.

Medical crowdfunding allows donors to make a more direct impact on the people who they want to help. Most of the time these people are complete strangers to each other and yet by the end of a fundraiser form a close bond due to their shared vulnerability. The donors, because they listen to their heart and selflessly help someone who is in need and the campaigners, because they share their deeply personal stories with people who want to listen and to help.

Donors also send their well-wishes and prayers to the patient. They eagerly wait for the fundraiser to achieve its target amount as soon as possible so that the patient can get started with the treatment.

So let’s look at 2 fundraiser stories on our platform that our donors couldn’t get enough of:

When baby Yuvaan was born, his first smile brought a bundle of joy in the Ramtekar household. His smile would melt anybody’s heart.

Four months after his birth, baby Yuvaan’s parents noticed that he was missing his milestones. He couldn’t walk, crawl or even sit. Further tests revealed that baby Yuvaan was suffering from SMA Type-1.

SMA is a rare and deadly genetic disorder that affects every 1 in 10,000 babies worldwide. Earlier, Yuvaan could grip objects but now he can barely hold on to anything. Zolgensma is the only cure for his condition. Imported from the USA, it is a form of gene therapy which will help stop SMA in its tracks.

Arranging Rs 16 crore for the wonder drug was impossible for Yuvaan’s father who works at a small business. His parents can’t imagine a life without him. They started an online fundraiser and are now relying on humanity’s kindness to save their 1-year-old son Yuvaan before SMA takes him forever.

Celebrities like Riteish Deshmukh and Shilpa Shetty raised awareness on Yuvaan’s struggle by championing for him on social media. As of now, this fundraiser has raised Rs 7.09 crore with the support of over 82k donors. There is still a long way to go. You can help by donating and sharing the fundraiser here.

Arjit Singh was not only an athlete but also a bright student in his school and college. He completed his Mtech from IIT and also got a dream job with a MNC as an engineer. His father, an army officer continues to beam with pride at his son’s achievements

Arjit had beaten cancer before. However, in June 2020, Arjit’s cancer relapsed, and they were suggested to go for CAR-T cell therapy. Arjit and his parents left for Sheba Hospital in Tel-Aviv, Israel to get his treatment at the earliest. His father, Colonel Ashok Singh was set to be the donor for the Bone marrow transplant. However, at least Rs 1 crore was needed for the Bone marrow transplant.

A teary-eyed Colonel Ashok Singh says “Arjit often jokes that he inherited bravery from me. But seeing him fight an invisible enemy, I draw more inspiration from him.”

Arjit is very close to beating cancer once and for all. So far his fundraiser  has raised Rs 1.15 crore from over 4.6k donors. You can donate to the fundraiser and share Arjit’s story here.

So many people on ImpactGuru have gotten a second chance at life with the help of generous donors around the world. You can be the next impact guru by doing as little as sharing a critical fundraiser on your social media handles.

Here are 3 Touching Fundraising Stories That Created an Impact