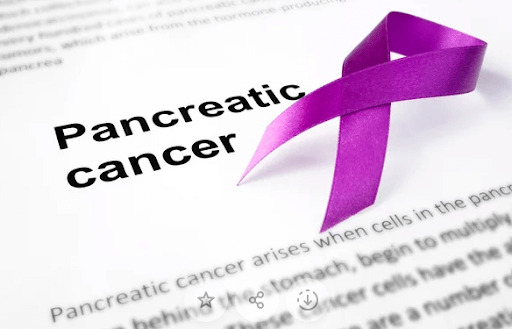 A Quick Read On Stages Of Pancreatic Cancer

Hearing about pancreatic cancer or pancreas cancer from a healthcare professional can be quite daunting since the fear of the unknown is what gets to us. It is one such situation wherein you want to learn more about the disease as soon as possible.

Which is why, we, at ImpactGuru, have listed down the essentials down below so that you can know more about the stages of pancreatic cancer through this quick read.

Once the cancer cells are diagnosed, the doctors quickly move onto the next step which is figuring out the extent of the cancer and how much it has progressed. Figuring out the stages of pancreatic cancer is usually done at the time of diagnosis. After the cancer cells are detected, it becomes important to check if it has spread further. And if yes, then how far has it gone into the body. It is crucial because the further line of treatment depends upon stages of pancreatic cancer. It helps the specialists in figuring as to how to tackle the disease further. It also helps the doctor in briefing the patient in much more helpful ways wherein the patient can be made well aware about their condition without any ambiguity.

In addition, it has been observed that pancreatic cancer treatment can be quite expensive. Hence it becomes important for the patient to know about it timely so that funds can be arranged for the treatment. One can also take help from various crowdfunding platforms such as ImpactGuru to gather funds for their life-saving treatment.

It is the most initial stage of pancreatic cancer. The cancer cells in this stage are contained within the lining of pancreas. It holds the capability to spread to nearby tissues. If diagnosed in time, it is usually easier to treat cancer in this stage since the cells can be controlled and killed before they metastasize. Stage 0 is also known as carcinoma.

In this stage of pancreatic cancer, the tumor is more than 4 centimeters in size and starts to spread outside of the pancreas. It might also reach nearby tissues, organs, or lymph nodes. However, it still hasn’t reached the other distant locations. In this stage, surgery may be suggested along with radiation therapy for better results since surgery might not always be successful in removing the cancerous cells in its entirety. Hence, radiation therapy helps in shrinking it further.

In stage 3 pancreatic cancer, the cancer is not limited to the pancreas anymore. Instead it has now spread to major blood vessels and may have reached lymph nodes as well. Though it still hasn’t reached other distant locations. There is no such specified size of the tumor defined in this stage, it could be of any size or shape. Its symptoms include pain in the back, loss of appetite, fatigue, depression, and weight loss among many others. Hence stage 3 pancreatic cancer is considered to be quite serious and can be fatal.

After having discussed pancreatic cancer from stage 0 to stage 4 pancreatic cancer, it is also important to note that mental health is of utmost importance while battling a disease of such severity. Protecting one’s mental health can be considered as half the battle won. As far as finances are concerned one need not worry since crowdfunding platforms are actively working upon making healthcare affordable to all those who are in need of it. Medical fundraising is the new and effective way to go about fatal diseases like such so that no precious lives are lost.