4 Years of Impact Guru: The company’s department heads talk about challenges, accomplishments and the way forward for the crowdfunding platform

This blog’s a special one; we turned 4 yesterday! In celebration of this milestone and our mission, we approached the company’s department heads and got them to share their journey so far. They opened up about the challenges they faced and the accomplishments they cherished along the way...

Impact Guru, began its journey of changing lives in July 2014. It was incubated at the Harvard Innovation Lab, USA in August that month, and since then, there has been no looking back for this crowdfunding platform. The company boasts of remarkable achievements which include: becoming a crowdfunding partner with Project Inspire (initiative by Singapore committee for UN Women and Mastercard, 2016), an exciting partnership with Global Giving (enabling tax benefits for UK/US donors), hosting the first ever crowdfunding symposium in India (2017), partnering with Apollo Hospitals (2018) etc.

Co-founded by CEO Piyush Jain and COO Khushboo Jain, the company which started its journey with the husband-wife duo, now has a team of more than 50 members, with 6 functional departments. As they say, it takes strong teamwork to build a solid foundation, and the same holds true for Impact Guru. With our department heads overlooking the company’s smooth functioning, teamed with Piyush and Khushboo’s vision and hardwork, Impact Guru has gone through its share of ups and downs to reach this stage.

Here’s more on what it took to become a renowned name in the crowdfunding space in India! I began my journey with Impact Guru in June, 2017. I was running my own startup at the time and I was in the process of closing it down. I was running a health-tech startup that was providing in-clinic software solutions. It’s like this: if there’s a patient and he/she visits the doctor’s facility, they get registered and their complete consultation happens on an electronic platform.

I then got in touch with Impact Guru and had a discussion with Piyush Jain (CEO and co-founder of Impact Guru). The business model was interesting as well as something that hasn’t covered a lot of ground in the country right now. I thought I should give this a shot and hence joined the company.

Every startup, when trying to scale up, judges whether it’s a correct fit for the product market. When I came in, there was a lot of ad-hoc work. Also, the first challenge was that the team was outsourced and there was no in-house team. A lot of work had to be done and needed some management. We needed a strict plan of action.

Accomplishments by the product team

Product has gone through a lot of evolutions in terms of the features that we were providing and the quality of work that we were doing.

The primary focus was to make sure that the foundation of the team was strong, as that is the key for any startup to scale up. We started focusing on optimization. With regards to the developments we have made, we now have various payment avenues for our donors, which is more than any e-commerce platform. We are using UPI which is bound to revolutionize the way payments work in India. We have payment options like credit card, debit card, netbanking etc. We are also looking at different options that we can implement as there are many people who are trying to disrupt these payment gateways overall, as we have seen.

With respect to the stability of the system, we have achieved a benchmark that many of our competitors have set right now. I remember a day in October 2017, when we had a huge jump in the traffic and the system crashed. Tech companies have a lot of traffic that they encounter but all of them have a procedure in place to make sure that the system does not stop. We have made a lot of improvements and haven’t seen a crash since that one time.

The way forward for the product team

We are focusing a lot on user experience. We want to make sure that our campaigners are able to use our crowdfunding platform in the easiest way through the products and services we offer.

What Vikas does to unwind after a hectic day

I listen to a lot of music and it drives my work a lot. You can see me plugged in many a times. I also enjoy bike rides, especially during the monsoon. I began my journey with Impact Guru on January 8.

The challenge I faced initially was how to make the team do relevant work. There was a lot of work but not the right focus. It is a revenue driven business, hence we had to make the team do tasks that would drive in the revenue. Instead of calling 100 people, it made sense to call 10 people that would bring in the revenue. Identifying areas where we could expand was another challenge. Identifying people, when it is the right time to talk to them, what kind of people should we target, at which stage do we talk to them and sell, etc; these were the main challenges.

Those who knew the concept of crowdfunding, raised as much as Rs. 16 lakh overnight. Those who didn’t, took time to get used to it and were apprehensive about making an appeal for donations.

Also, there’s been a major change in the scale. If there were a 100 patients we were able to help in the first month, we were able to double the number in the next month solely because we developed the marketing capability.

The impact has become two-fold especially since the last three months. Hospitals are more open to crowdfunding now. They understand that if there are people who cannot fund for surgeries, 20-30% of these people can be helped through crowdfunding.

The way forward is that the 20-30% acceptance rate that is there from hospitals, has to grow. While it is vital for patients to understand what crowdfunding is, the same applies to hospitals. If both parties understand the importance of crowdfunding, we can make it very big. Everyone in the hospitals - from the billing department, to nurses to doctors - need to know about crowdfunding. Another accomplishment that we have been able to achieve is that a lot of doctors have been educated about crowdfunding.

What Ankita does to unwind after a hectic day

I read a lot and I exercise. That one hour of my day is fixed. If I don’t do that, I may not survive. I used to write a fitness blog but I don’t have that kind of time. What I want to do in the near future, will be along the lines of food and fitness. I have always wanted to open a restaurant. I joined in December 2016. At that, time we were more focussed on NGO crowdfunding. Then I and an ex CMO of the company, started working on medical fundraising and built it from there.

The major challenge was to reach out to people who are looking for funds on the internet because internet is a wide area and you have to identify the right kind of people.

Identifying the right patient was a task. We started collaborating with hospitals, so that we can get the right kind of people. To find them on the internet is not easy, that is why this was started. Another challenge was that in the beginning, we did not have core teams. But now, we are pretty much in the final stages of the teams where all the roles and responsibilities are set.

Accomplishments by the marketing team

We have evolved sales from inbound to outbound. In the marketing space, we have acquired the right channels to get more donors. We have collaborated with big media channels, which was not done earlier as we were focused only on getting campaigns and donations. We are now complete, in the sense that we are trying to get both. Next challenge is scaling.

Scaling at the right cost is a challenge. You can scale at a high cost but that is not feasible for the company. If you talk about the internet businesses in the present world, they are in losses. But the crowdfunding service is such that it can become profitable very soon which is a very big thing for any company, especially when it is helping so many people in the process. So definitely the direction is positive and we are doing very well.

How Dheeraj unwinds after a hectic day at work

I like travelling and exploring new places. I am inclined towards spirituality as well. I have travelled almost all of India aside from the north-east. 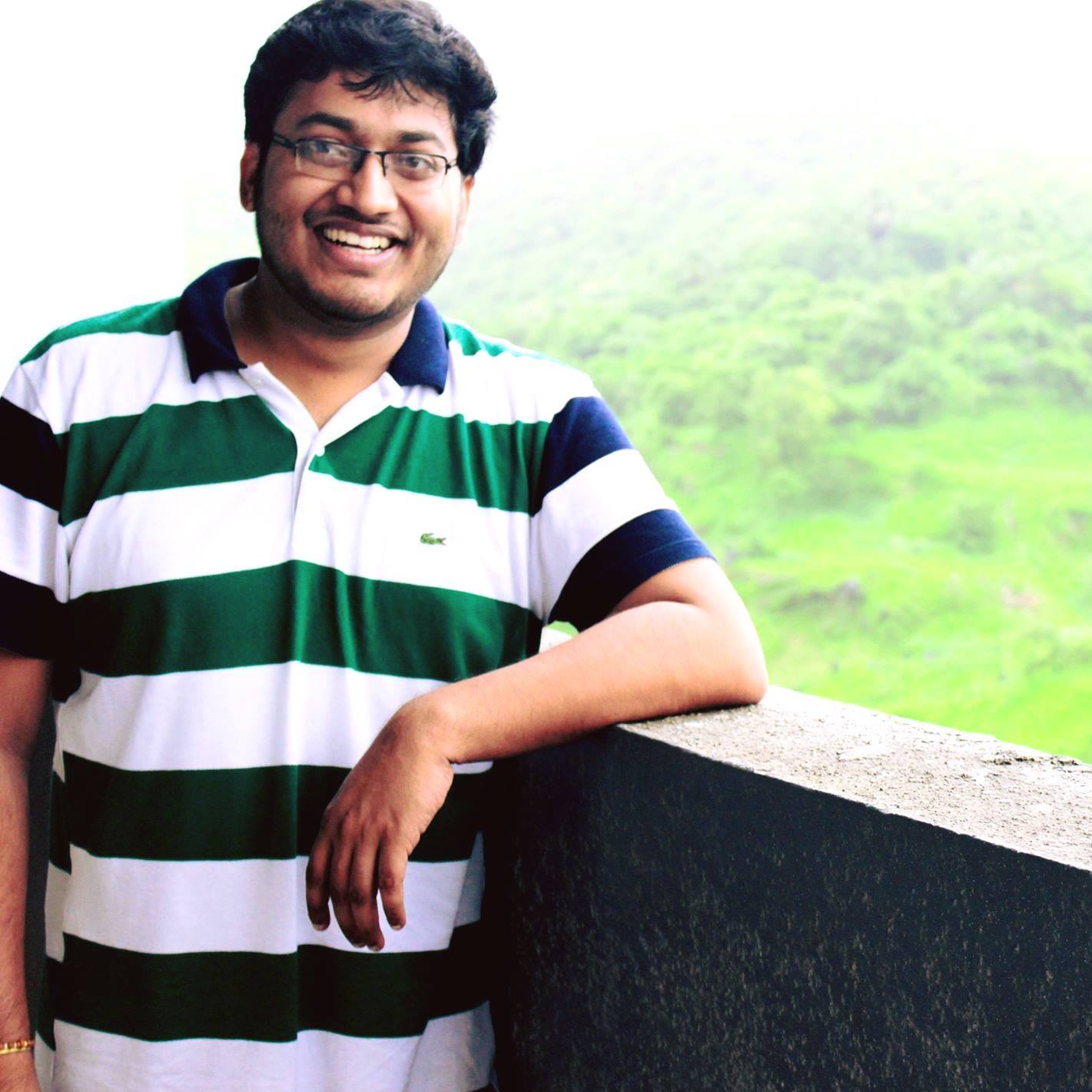 I began my journey working with Impact Guru on May 3.

Outbound, as of today too, is still a baby. We didn’t have many people in outbound back then. We had a one-person staff. We were handling one city, but now we are looking at all the major cities in India. As of today, in two months, we have two people in Mumbai, two in Hyderabad, one in Bangalore. The volumes coming in through outbound earlier, were miniscule as compared to inbound. But thanks to Piyush’s vision and Dheeraj’s efforts, outbound has scaled well and that’s essential for the company to grow.

I wouldn’t term anything as an accomplishment as of now. What I would say, is that one good thing that we have been able to do, is to get a foothold of two major hospitals- Surya and Rainbow in Hyderabad. I can call anything an accomplishment once we reach Rs. 5 crore a month.

Setting a strong foot in all the cities in which we are present is the way forward for us. We are very young in the market. We recently started operations in Bangalore, and cracking that was a huge challenge because our competitors have a strong base there.  The same goes for Hyderabad. Beating them would be relatively tough, but with Apollo coming in, we should be able to crack that as well.

How Sandeep unwinds after a hectic day at work

My team is very good at calling up at odd hours. They just happen to call at times when I am going through security check at the airport or aiming to catch a train. I think I will de-stress once we hit the Rs. 5 crores per month target.

Now you have an insight into what Impact Guru’s department heads do, to keep this company growing and reaching new heights. But what do co-founders Piyush and Khushboo on a daily basis to make sure that Impact Guru becomes India’s biggest crowdfunding platform? Stay tuned for their interview coming soon!