We all know that Mozart was a prodigy, talented beyond the league of his family, whose members possessed a great talent for music. He found a natural affinity for the piano soon after he could walk and talk. At the age of 3, his musical prowess had surpassed that of his sister, who was years older. At 5, he could play symphonies effortlessly in a “most masterly manner”, as described by the British scholar that tested him.

And at 8, as we all know, he composed his first symphony.

What makes a child, a prodigal? When a prepubescent child defies all norms and achieves the level of talent naturally without the practice and experience an adult may have, that child is proclaimed a prodigy. We’ve heard and read lots about the Mozart and Einstein-like prodigies of today who’ve excelled in science and arts, but what about the ones who toiled to make an impact in the lives of others?

Let’s take a look at some of the greatest child prodigies who also made a difference.

Here are 10 young Impact Gurus who fought battles to make a change despite the odds, proving age is just a number.

Malala was born to parents who were determined to give her every opportunity a boy would deserve in the eyes of society. After the Taliban took over, the young Pakistani girl started writing for the BBC under a pseudonym at the age of ten. She wrote about life under the Taliban, describing her feelings as a girl who loved learning in the final days before girls were banned from attending school. Two years later, The New York Times featured Malala and her father in a documentary, showcasing their struggle to protect the girl’s right to educate herself.

In 2011, she received Pakistan’s first ever National Youth Peace Prize. When she was 15, Malala was shot in the head by a masked gunman. She survived and even spoke at the United Nations on her 16th birthday.

When a young girl had her fingers fused together after a fire accident years ago, her underprivileged family could not afford surgery to release her fingers. Years later, a saviour appears in the form of a 7-year-old boy who operated on her, successfully freeing her fingers. Akrit is the youngest surgeon ever: he performed his first surgery at the age of 7. Akrit fascinated his family by walking and talking at the age of 10 months. When he was reading and writing by two, his parents were certain he was far more intelligent than other children his age.

He was a distinctly early developer. By the age of 5, he was reading Shakespeare and today he thinks about finding a cure for cancer through his theories on oral gene therapy.

He is studying for a science degree at Chandigarh College and, at twelve years of age, is the youngest student ever accepted by an Indian University.

At the tender age of 6, Jonas became the founder and CEO of his own organization called Love in the Mirror. Jonas, from California, began feeding and caring for the homeless when he was 4. Today, his organization runs programs like G.I.V.E. Youth Empowerment that teach young adults how to give back to a cause they care about. Love in the Mirror works on initiatives to create a positive impact in the world and is inclusive of every member of every community.

Read: 5 NGO Crowdfunding Campaigns And What We Learned From Them

Kelvin is a 13-year-old inventor born to a single mother in war-torn Sierra Leone, West Africa. Today, there is a short film with 5 million views on YouTube, showcasing his journey. Kelvin is a self-taught engineer who, when frustrated by the meagre electricity supply to his neighbourhood, created an economical generator out of basic parts that he found at home or in the trash.

When he first stepped more than ten miles away from home, it was to New York, to speak at the Meet the Young Makers panel at a world fair.

This 15-year-old middle schoolgirl does not fit the generic description of a Chinese political activist. When her family moved to Shanghai from a village in 2002, she was denied the chance to take the high school examination due to the country’s residence registration system that tied workers to their rural hometowns and denied them the opportunity to reside in the city.

The media took notice and let her write an editorial in the China Daily and the issue of residence the migrant workers struggle with has risen on the national agenda.

At age 13, Praveen was described to be a polymath and in the 1990s, he developed a formula for perpetual calendar calculations, spanning from 20,000 B.C. to 20,000 A.D. At 15, he had scientists awestruck as he successfully designed a low-cost artificial leg that provided an ability for knee and ankle movements.

Read: 5 Lesser-Known Innovations That Are Improving Healthcare For The Common Man

At this time, Praveen simultaneously working on missile technology. Since then, he has managed to progress advancements in water purification, food storage and biofuel synthesis. Praveen now works on hybrid solar energy encapsulation technology at IIT, Hyderabad and has won many awards for his spotless work.

A boy from a favela (Portuguese slum) community in Brazil, Rene began his own newspaper (Voice of the Community) at the age of 11 to fight stereotypes against his town, one of the areas seen as violent and filled with armed drug gangs. His mother would reprimand him for staying at school hours after his classes, which he spent writing and editing reports. He used social media to show a more human, hopeful side of his neighbourhood and live-tweeted a police raid.

At the age of 19, he wrote his first book. Over time, his following has shifted online and his readers are tens of thousands in number today.

At 14, after the death of a close friend who suffered pancreatic cancer (the 8th deadliest cancer in the world), Jack started researching the disease intensely. By the age of 16, he had discovered an inexpensive method to detect the disease with an accuracy of 90% and had become the grand prize winner of the Intel International Science and Engineering Fair.

Jack approached over 200 scientists at the closest institutions with a proposal and budget for research, and Dr. Anirban Maitra from John Hopkins University accepted. 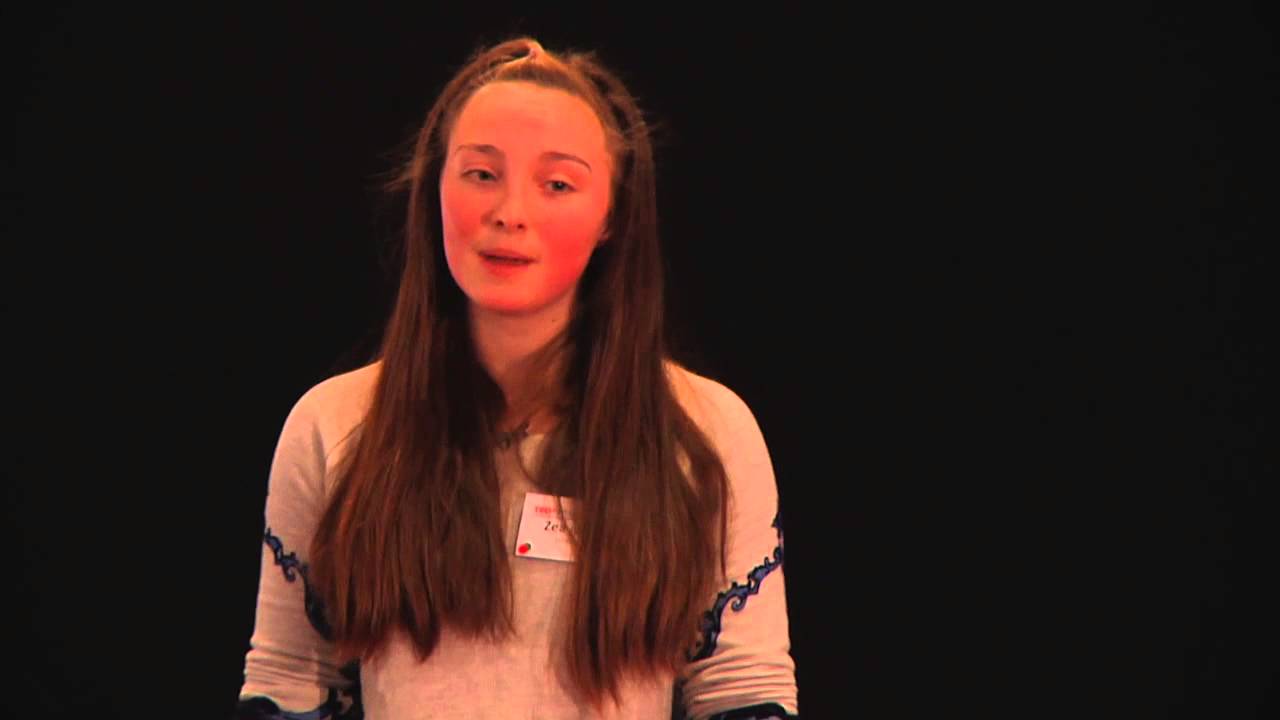 The 14-year-old girl from London nurtured a growing interest in technology after a workshop in her school. Soon after, she developed an app called Jazzy Recycling that makes recycling a fun game, letting players find places they recycle their trash, what they recycle and lets them earn points as they recycle. Zea now has backing from an investor and business consultant, Raj Dhonota.

Read: These Warriors Are Fighting A Brave Battle Against India’s Waste Problem

A computing and mathematical prodigy, Anne from Britain, passed two General Certificate of Secondary Education exams at the tender age of 11. These are exams taken by senior high school students at the end of their studies. At age 20, she was the youngest to be awarded a master’s degree from the University of Oxford in math and computer science.

Anne is today the CEO and founder of Stemettes, an award-winning organization that inspires girls into STEM careers and co-founder of Outbox Incubator, the very first tech incubator for girls in the world.

Start a fundraiser for any cause/NGO and begin your journey to excellence today! If you have any comments, reach out to us at [email protected]